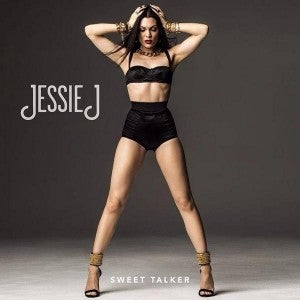 With the critical and commercial success that the lead single “Bang Bang” has achieved worldwide, the anticipation for Jessie J’s third studio-release “Sweet Talker” to finally hit both the domestic and foreign markets has only grown over time.

I also view her latest album as a chance for Jessie J to reinsert herself back into the big picture with those who are currently listed as the dominant mainstream female artists in the world.

It would seem that Jessie J’s career is back on track, thanks largely to her latest hit which is now becoming her most successful single to date. Because of this, it has made me think and wonder if “Sweet Talker” could become the definitive Jessie J album that she could be remembered by years from now?

There is one way to find out and that is to do a proper album review of “Sweet Talker.”

Here is my review of the best tracks of “Sweet Talker”

Track 1. “Ain’t Been Done” – The opening  track convinces me that Jessie J can be like a “chameleon” who can seemingly modify and adjust her vocal style with apparent ease. What leads me to this conclusion?

It must be noted that in the past, she has worked with noted English MC Dizzee Rascal, where in that collaboration his sing-rapping style was well complemented with Jessie J’s own distinct vocal delivery.

But in “Ain’t Been Done”, no Dizzee Rascal can be found. However, it is apparent that she has learned from her past collaboration with him as shown here–she can adapt to the sing-rapping style almost flawlessly when she shifts from rapping to singing throughout the duration of the track. Whether Jessie J raps or sings, she does so with a fiery disposition without restraint. This makes this track a “firecracker” of a tune certainly worth checking out even for non-Jessie J fans.

Let me just add, this is the kind of aggressive side of her she should project more to the listening public.

Track 2. “Burnin’ Up” – Even with 2 Chainz as her guest artist, the handiwork of producer Axident cannot be overlooked for the second single of this album. From its intro with the 80’s style guitar work, the echoing effect of the vocals, and even to the sampling of police sirens,  practically everything about this track serves as a “blueprint” for one of the most in-demand producers today.

Jessie J, with the help of 2 Chainz, lights up the dance floors and continues the feverish pitch set by the opening track.

Track 3. “Sweet Talker ” – A quintessential R&B tune with an added bonus of a memorable chorus section that is not so typical to hear as of late, is how I would describe this track. You’ve got Jessie J singing that the personality of the guy is what matters more to her than the physical appearance.

Track 8. “Seal Me with a Kiss” – This seems to me to be  an experimental track. You got a song here which features a sampling of an old classic track which also features an unlikely guest spot in the form of veteran hip-hop trio  De La Soul which initially would seem an odd choice for a guest spot. But this collaboration works out  just fine with Jessie J who goes out of her comfort zone once again just a little bit with positive results.

Track 10. “Loud” – If anybody ever wondered if Jessie J has been affected by the harsh criticisms she has been receiving almost non-stop ever since she made her major label debut back in 2011, then you do not have to look any further than just to listen to this track with an open  mind.

Any time an artist deals with pent-up frustration which evolves into anger because of the constant scrutiny one has been getting from “get-go”, more often than not, it serves as that much needed “push” for the artist to perform even harder in an effort to prove her detractors wrong.

“Loud” is indeed an appropriate title for this track as Jessie J could not be more clear with her poignant words demanding that she not be ruled out just yet as another “generic artist” coming out of the woodwork.

When you follow a basic template which is almost like a “default setting” when it pertains to releasing records which have come down from the choice of songwriters, enlisted producers, and even to the packaging itself of the physical hard copies of the album, odds of finding something remotely unique or “out of the box” in the track listing of the album are either slim, or none.

And in this instance, Jessie J’s third studio-release ‘Sweet Talker’ narrowly escapes falling into this dreaded category, as there a few gems here that would increase this album’s shelf life and raise substantial interest from the listening public to purchase it.

Whether Jessie J dabbles in R&B inspired tunes, or continues her foray into more dance-pop based tracks, or even goes totally experimental in an effort to possibly “strike gold” with an unexpected hit, one can sense that she is exhibiting a desire to find her artistic identity, as also a formula that will work for her in the long term that would eventually end the comparisons of her to the likes of Katy Perry.  And when she accomplishes that, then that, my fellow music aficionados, would lead her to finding her true self, artistically speaking.