File under A, for “Awkward.” During a home pictorial with Dashing Cutie, girlie magazines came tumbling out of the bookshelf.

In the middle of a shoot in AL’s inner sanctum, a meddling gofer inadvertently emptied the contents of a bedside drawer.

AL should have cleaned up earlier. As such, he was dragged out of the closet.

Fading Seductress is the laughing stock among supposed friends in cyberspace.

Against all odds, FS is defying gravity. And she has the chutzpah to parade in public scantily clad. Obviously, she doesn’t know when to quit.

Senior Thespian has remained suspiciously close to Desirable Visitor, though it’s been years since their last collaboration.

With a sly grin, an insider pointed out that ST and DV are extra chummy. And what’s the big fuss?

Malicious mole pointed out that ST has a dubious track record. ST once hooked up with Past Coworker who was not exactly single.

And that was the end of that affair.

Handsome Hottie tries unsuccessfully to put up a brave front.

According to a spy, HH is unhappy with the snail’s pace of his career.

Although he has been loyal to current studio, HH has not been rewarded with prime projects.

HH’s latest program is yet another thankless chore.

Still, HH claims he is content with the way things are going.

HH’s handlers are cooking up possible assignments abroad—where he hopes to make waves among gay and matronly admirers.

Grizzled Performer is in dire straits.

GP was thrown out of a rented pad due to unpaid bills.

Moreover, GP has lost several gigs because Youthful Partner is difficult to work with and is quite demanding.

In short, YP is bad news for GP’s career.

GP is unwilling to part with YP, though. 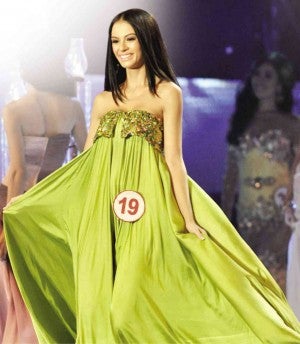 VALERIE Weigmann is eyeing a back-to-back victory for the country. Photo by Richard Reyes

Miss World Philippines 2014 Valerie Weigmann on rumors that she left “Eat Bulaga!” to hide her pregnancy: “Let them talk. I know what I was doing. I left because of training … Alam ng family at friends ko na hindi totoo ’yun.” (We want another win! Go, girl!)

Valerie, asked if she was ready to win the crown: “Ready na!” (Kami rin!)

Kylie Padilla, asked if she had moved on from her breakup with Aljur Abrenica: “Nagmu-move on na rin … Basta masaya na po ako ngayon.” (And you weren’t then?) 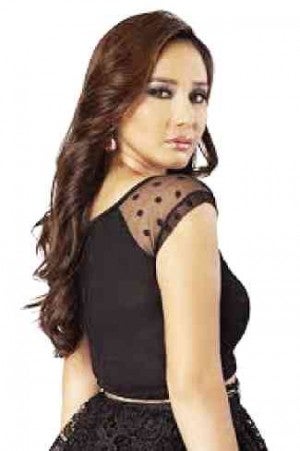 KATRINA Halili is not yet ready to take relationship to the next level.

Katrina Halili on breaking up with Kris Lawrence, with whom she has a daughter: “Nag-decide lang ako … na parang wait lang, meron muna tayong kailangan gawin para sa sarili natin … ’Di pa kami ready.” (And the little one has little say on this.)

PAULO Avelino is sweet and thoughtful, says a friend.

Paolo, asked if he was willing to appear in foreign talk shows: “Basta bibigyan nila ako ng baon… why not?” (Why not, indeed!)

John Lloyd Cruz on intrigues about his relationship with Angelica Panganiban: “Parang wala nang dating sa ’min ’yun.” (They are quite literally the least of your problems.) 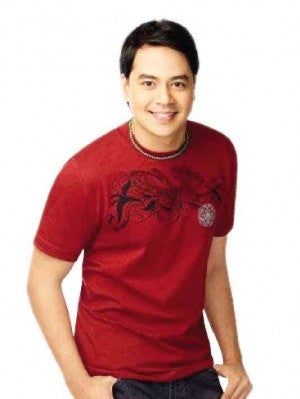 JOHN Lloyd Cruz makes it a point to ignore intrigues.

John Lloyd, asked if he was ready to propose marriage to Angelica: “Kahit nga ako ’di ko pa alam, eh. Siguro dapat malaman ko muna and then malalaman niya (Angelica), then malalaman niyo! Pero at this point, wala pa.” (That’s a no, not yet, in case you got lost in there.) 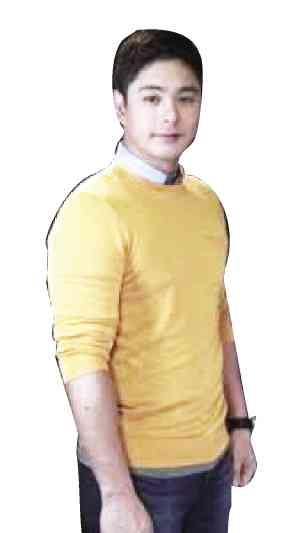 COCO Martin has learned to become more responsible as a performer.

Mayor Erap’s message to Bernard: “Good luck.” (That may be code for something else.)

Bernard, asked if he intended to marry Jerika: “Definitely. But like what I’ve always said, before I do, I have to get her dad’s blessing … Hopefully, one day … I know in God’s time he (Mayor Erap) will allow it.” (Thunder and lightning here.)