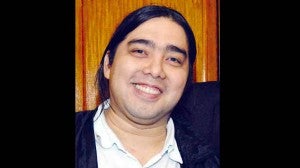 Francis Tolentino, chair of the Metropolitan Manila Development Authority (MMDA), has always been vocal about his wish for independent films to be included in the annual Metro Manila Film Festival (MMFF).

The MMDA spearheads the MMFF.

While the industry may not be ready yet for such a radical move, indies are slowly, and surely, gaining a foothold in the MMFF.

For the second year, an independent film section will serve as prelude to the MMFF, which opens on Christmas Day.

“It’s like a sidebar to the main competition,” explained filmmaker Mark Meily, who’s a member of the fest’s executive committee.

This year, apart from the full-length indie films section, a student short film competition will be mounted, too.

Aspirants will compete for top prizes: P100,000 in the full-length indie section and P25,000 in the student shorts competition.

“We want to encourage students and other young people to participate because they will be the future members of the film industry,” Meily said.

The Quezon City council will also give a prize to the most gender sensitive indie film, which comes with a P50,000 cash prize, said Maceda.

Meily said that the success of “Zombadings 1: Patayin sa Shokot si Remington” and “Ang Babae sa Septic Tank” at the box office has shown that indie films can cross over to the mainstream.

There is a place for indies in the MMFF and, as chair Tolentino had expressed, “indies will eventually be included in the main competition. They have been recognized abroad, it’s about time they get appreciated by local audiences.”

Deadline for submission of entries (finished films) is end of October, said Meily. By November, the finalists will be announced.

“Last year, the films were only screened once. This year, each entry will have at least four screenings,” Meily said.

If they do well, the indies will have screenings after the fest as well.

“During the three-day indie festival, tickets will be sold to allow the producers to earn,” he noted.