Trekking from Pulag to Fuji 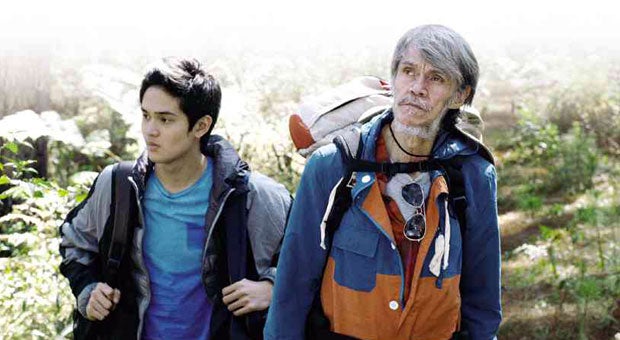 It has been quite a journey so far for young filmmaker Pepe Diokno and the cast and crew of his second film “Above the Clouds,” which is competing in the Asian Future section of the 27th Tokyo International Film Festival (Oct. 23 to 31).

Diokno told the Inquirer that he was deeply honored to be part of this year’s Tokyo fest. “I have always looked up to the cinema of Japan, the land of Akira Kurosawa and Hayao Miyazaki. It is one of the biggest festivals in Asia.”

Diokno, who won the Lion of the Future and Orizzonti Prize for his debut movie “Engkwentro” at the Venice International Film Festival in 2009, confessed he felt “thrilled but daunted” by the prospect of competing in the Asian Future section.

“It’s exciting because Asian Future features 10 films by up-and-coming directors from across the region. But it also makes me nervous to represent the Philippines,” he said. “Still, I am very proud of our work. My film shows a side of the country that we haven’t seen in past movies.”

The film follows an orphaned boy (GMA 7 teen heartthrob Ruru Madrid) and his estranged grandfather (rock icon Pepe Smith) as they embark on a trek up a mystical, make-believe mountain.

Diokno admitted that making the film was a “personal odyssey” for him as well.

“I was very close to my grandmother (Nena Diokno), who died in 2011,” he said. “I made this film with her in mind. If there was one person who would have gotten the movie’s subtext, it would have been her. In coping with the loss of a loved one, you also have to deal with the past, with history—this is the idea that drives the film.”

It took five long years before Diokno could come up with a followup to the acclaimed Cinemalaya movie “Engkwentro.”

He owned up, “After ‘Engkwentro,’ I was scared. There were a lot of pressure and expectations—most of them coming from myself.”

He overcame the stumbling block by heeding the advice of an esteemed Filipino director.

“Lav Diaz simply said: ‘Don’t join the rat race.’ He told me to focus on telling stories. That took a lot of pressure off … I realized that it was okay to take my time,” he said. “It took a while to find a story I was passionate about … a story I would bleed and cry for.”

That passion project turned out to be “Above the Clouds.”

It took two years to write the script, another two years to raise the money, almost a year to shoot, and over half a year in post-production, he said.

A Filipino-French production, the film received a grant from the French Ministries of Culture and Foreign Affairs, which allowed Diokno to do the post-production in Paris, France. 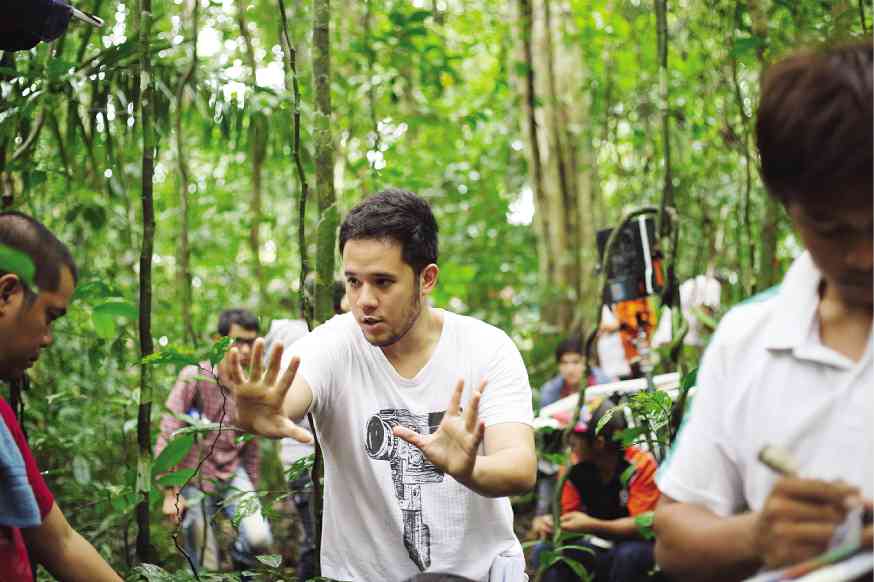 PEPE Diokno relates: “Every single day of the 21-day shoot was a trial.”

Like in most indie productions, financing was hard to come by for Diokno’s team. “We only shot for 21 days—spread throughout a year because we had to wait for money to come in before we could shoot.”

He described the production process as a “logistical nightmare.”

“We shot on mountain peaks, in raging rivers, caves, cliffs, forests, barren wastelands, grasslands, cities, on highways,” he said. “We even had to recreate an evacuation center with 600 extras. Every single day of the 21-day shoot was a trial.”

A crew of 60 people went on the hike, Diokno recalled. “We carried the camera, lenses, all the equipment up the mountain. It was freezing cold there. One of our tents got blown away one night. When we reached the peak, Ruru got sick.”

Then doubt and disappointment crept in, casting a dark cloud over the production. “I was not even sure that we would get the shot that we needed.”

Then a miracle of sorts saved the day.

“Fortunately, the skies cleared and we got our shot. After the scene, it started raining. It was like the mountain said: ‘Okay, I gave you your shot, now go!’ All in all, it was a beautiful experience. I have to thank the people of Mount Pulag, our porters and guides. They saved us.”

It was important for Diokno to shoot up north.

“Baguio is a big inspiration for the film,” he explained. “I spent many summers there as a kid. From Baguio, the story wandered around Mountain Province. In the script, there is only one mountain, but we shot in different places in Sagada, Benguet and Mount Pulag to form a fictional mountain. I wanted stunning locations that were full of history.”

His fondest wish is for the film to “find its audience in Tokyo and beyond.”

While invitations to other festivals may be in the offing, Diokno said everything was, quite aptly, up in the air.

“We are still holding our breath for Tokyo,” he said. “But I want so badly to show the film in the Philippines because I made it for our countrymen. Perhaps we will premiere here early next year.”