SINGAPORE—Some K-pop band members have left their groups to either go solo or join another band.

More bad news came this week for K-pop fans when Chinese member Luhan of popular South Korean-Chinese boyband Exo reportedly wants out of the group, just five months after ex-member Kris did the same in May. The 24-year-old filed a lawsuit on Friday morning against talent agency SM Entertainment, which manages Exo, according to Chinese media site Sina. Both groups are managed by SM Entertainment.

While the boys wanted out, Jessica has claimed that she was forced out. The official reason for Jessica’s expulsion, according to SM Entertainment, was her involvement in her new fashion business.

Still, the American-Korean beauty looks set for life after Girls’ Generation. She launched fashion line Blanc in August, which is reportedly backed by her rumored tycoon boyfriend Tyler Kwon.

The aspiring fashion designer is wasting no time and has released plans on the fashion label’s website last Monday. The label will be re-branded as Blanc & Eclare, and the global headquarters will be moved from Hong Kong to New York next year. 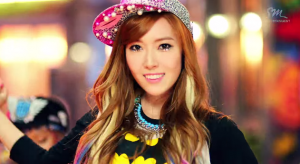 She said: “Although the unveiling of Eclare was sooner than expected, I am proud to be taking Blanc & Eclare to the next level. I am humbled by the overwhelming support this brand has received and I assure you that we will be diligent as we continually look to evolve.”

SundayLife!  takes a look at other K-pop band members who have either gone solo or joined another group.

Aspiring star Ferlyn Wong was one of the two Singaporeans–the other was Natasha Low (Tasha), 20–who were part of home-grown K-pop group SKarf that made their debut in 2012. SKarf, founded by local company Alpha Entertainment, released their debut single, “Oh! Dance” (2012), and a follow-up mini album, “Luv Virus”, last year.

SKarf have not been able to promote themselves actively as a group because two members – Tasha and Japanese member Hana–have hosting commitments, says Alan Chan, founder of Alpha Entertainment. He decided he did not want to hold back Wong’s show business career and chose to let her go solo.

What’s next:  The spunky Wong returned to Singapore three months ago to prepare for a solo album that has two Chinese tracks and one Korean song and is slated for release in December.

Besides her solo career, she is set to lead a new five-member girl group, which will hopefully debut in the first quarter of next year. Auditions are slated to be held next month and in December.

The original five-man band parted ways after members Kim Jun Su, Kim Jae Joong and Park Yu Chun filed a lawsuit to get out of their contract in 2009. The two other members, U-Know Yunho and Max Changmin, stayed with TVXQ.

The reasons cited for the lawsuit by the trio were an excessively long 13-year contract, gruelling schedules with little rest and unfair profit distribution. The case was finally resolved four years later, when TVXQ’s agency SM Entertainment and JYJ reportedly reached a mutual agreement.

JYJ were appointed the promotional ambassador of the recently concluded Incheon Asian Games and sang the Games’ official song, “Only One”.

The members have successful solo careers in acting. For instance, the boyish Park has taken on roles in dramas and movies.

Most notably, he was the lead in popular time-travel romance drama,  Rooftop Prince  (2012). He also stars in the new Korean movie  Haemoo  (2014), about a sea expedition gone wrong. It has been selected as South Korea’s entry for Best Foreign Language Film at next year’s Academy Awards.

Her exit was one of the most controversial in K-pop history.

The new addition to T-ara was said to have found it hard to fit into the group and was allegedly bullied by fellow members.

A controversy broke out on social media, with different parties giving their sides of the story.

What’s next:  Hwayoung’s initial aspirations was to be an actress, but T-ara’s management agency persuaded her to pick up rapping to join T-ara. Now she is going back to her true passion and will pursue an acting career after signing on to a new management agency Wellmade StarM last December.

In interviews with the Korean media, she revealed that she has been on a learning spree, taking lessons in scuba diving and tennis, in a bid to prepare for the various roles that may come her way in future.

Chinese-Canadian Kris was part of the popular 12-member boyband Exo until he wanted out just eight days before the group kicked off their inaugural concert tour in May.

He filed a lawsuit to terminate his contract with talent agency SM Entertainment, citing claims that his company treated him “like a machine part or as an object of control”.

What’s next:  Following in the footsteps of former Super Junior member Han Geng, Kris has set his sights on the China market.

Han Geng sued his way out of his 13-year “slave contract” with SM Entertainment in 2009 and officially announced his solo career in 2010.

Despite the ongoing legal battle, Kris’ show business career is still on track with acting gigs already secured in China.

He has a leading role in the Chinese romantic film,  Somewhere Only We Know  (2015).

Kindred spirits Kris and Han Geng will star alongside each other as love rivals in the Chinese-Korean production  Passion Heaven.

The K-pop star, who is of mixed descent, had his contract terminated by U-Kiss’ management agency, NH Media, in 2011. The company’s official statement was that Alexander Lee Eusebio had left for personal reasons, including the wish to further his studies.

However, the real reason behind Eusebio’s departure remains murky. Netizens have come up with conspiracy theories that the agency wanted to inject new blood into the group.

What’s next:  Eusebio, who has a Korean mother and Hong Kong-born father of mixed ethnicity, launched his solo career in 2011. He released a solo album, “I Just” (2011), and tried his hand at hosting variety shows.

Singapore audiences would best recognise him as one of the leads in local actress-turned-director Michelle Chong’s movie,  3 Peas In A Pod  (2013). He is now signed to Chong’s artiste management company, Left Profile, which will represent him for engagements in Singapore and Malaysia.

The multilingual Eusebio could well make use of his international background for his show business endeavours. His biodata states that he speaks seven languages: English, Korean, Cantonese, Mandarin, Spanish, Portuguese and Japanese.

Kara were hit with a double whammy when two of their members, Nicole Jung and Kang Jiyoung, left earlier this year. Both did not renew their contract with talent agency DSP Media.

Korean-American Jung reportedly went to the United States for vocal training and dance lessons earlier this year. Korean babe Kang announced on Instagram that she left for London in April, saying: “I hope to read more books, study English, travel a lot and do many things I haven’t experienced before.”

She also urged fans not to forget her during her absence and promised to come back “an improved and matured adult”.

What’s next:  Jung, a svelte dancer, is pulling out all the stops for her return to Korean show business. She took singing lessons from Celine Dion’s vocal trainer, William Riley. She is seen perfecting her dance moves in a training session in a video uploaded by celebrity choreographer Luam Keflezgy, who has worked with the likes of superstars Beyonce and Britney Spears. Rumour has it that she will sign with a new agency and make her debut as a solo singer later this year.

Unlike Jung, Kang has set her sights on the Japanese market, where Kara have a fanbase. She reportedly signed with Japanese talent agency Sweet Power in August and is set to pursue an acting career.

She has snagged the leading role in a new Japanese drama  Hell Teacher Nube  that is currently airing in Japan. Shedding her cutesy idol image, she shared on Instagram a lady-like photo of herself from her pictorial book that will be launched next month.

She was one-fifth of the Wonder Girls, the one-hit wonder behind the catchy ditty, “Nobody” (2008). The doll-like Korean beauty has left her singing days behind to pursue an acting career. She did not renew her contract with talent agency JYP Entertainment last December.

Instead, she announced her decision to sign on with another agency, BH Entertainment, in February this year. She will be joining a star-studded stable of artists including the likes of actor Lee Byung Hun and actress Han Ga In.

What’s next:  Audiences were blown away by Sohee’s acting in her first lead role in a one-episode romantic drama special,  Happy! Rose Day  (2013). Netizens praised her acting, leaving comments like she “exceeded expectations” and that she has “a great variety (of) expressions”.

While the rookie actress has not had any acting projects aired yet, she need not worry about fading into the background.

This year alone, she snagged a Korean cosmetics brand endorsement deal and fronted a sneaker advertisement campaign with T.O.P from A-list boyband Bigbang.

During her Wonder Girls days, Sohee was known as the eye candy of the group, so it is no surprise that she is still an advertisers’ darling even without her other band members.

She is reportedly working on an independent film.

Read Next
KC Concepcion battles dengue
EDITORS' PICK
vivo brings to the Philippines a powerful smartphone with a slimmer body, the vivo Y02s for only PHP 6,499
Apple warns of flaw that lets hackers into iPhones, Macs
46% of schools nationwide to have full face-to-face classes on Aug. 22
House energy committee chair Arroyo bats for cheap electricity
What to watch out for when selecting a video surveillance solution
Heads may roll at BOC, says Palace if sugar smugglers are allowed to use recycled import permits
MOST READ
DepEd to give teachers P5K cash allowance within first week of classes
Dressing the dead: Indonesian villagers clean corpses in afterlife ritual
DOJ indicts bank officer in $2.1 billion Wirecard fiasco
Mayor bares issues vs closed QC school
Don't miss out on the latest news and information.