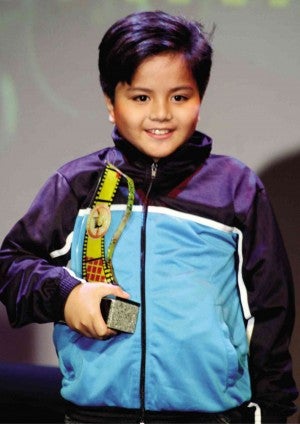 True to form, the 11th year of the Entertainment Press Society’s Golden Screen Awards for Movies took place on Saturday at Teatrino in Greenhills, San Juan City, without much fanfare.

But still, guests had a cracking good time at the event, which turned out to be an awards show, a comedy bar act and a gab fest all rolled into one.

As in the previous year, John “Sweet” Lapus had the crowd in stitches with every punch line he dished out and gaudy costume he slipped into. Instead of the customary thank-you speeches, winners were interviewed by Sweet—on topics that could be classified for General Patronage and R-18.

Fittingly, Sweet’s first question to Idioma was, “So, how does it feel to go up against yourself? Did your other ‘selves’ feel bad they lost?”

With indie film “Transit” winning nine awards, filmmaker Hannah Espia found herself shuttling back and forth from her seat to the stage. “You should be the trophy girl,” the comedian 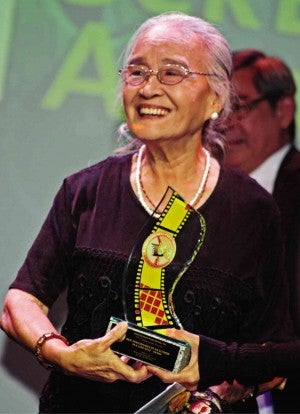 told Hannah, who won awards for best director and best editor, along with Benjamin Tolentino.

“Transit” producer Paul Soriano, who accepted the award for best motion picture, drama, was quizzed about his love life—specifically, why he had not proposed to girlfriend of seven years Toni Gonzaga.

The producer later told reporters that he was glad that “Transit” was still being recognized here and abroad. “It’s traveling around the world and is bound for Turkey, Vancouver (Canada) and New York (United States) soon,” he said.

At one point, Sweet changed into a dress so short it threatened to expose what should remain hidden. 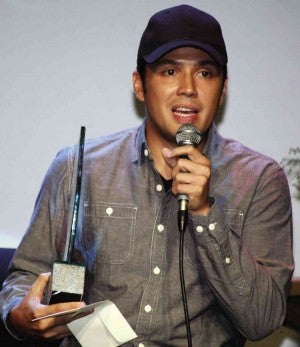 PAUL Soriano is the producer of the best film winner, “Transit

Joel Torre, who won best actor, drama for “On the Job,” could only laugh, telling Sweet, “Sexy mo, ah.”

“I still get surprised whenever I get nominated or win an acting award,” the actor said. “The indie scene is picking up and I hope we attract a bigger audience.”

“I didn’t expect to win; I’m very excited. I owe this award to the moviegoers and I hope they don’t tire of watching our films,” said the veteran actress who turned 84 in August.

She added that she could accept more projects because she was only teaching (theater) part-time at the Polytechnic University of the Philippines. “I’m doing a guest role in GMA 7’s ‘Hiram na Alaala,’” she said.