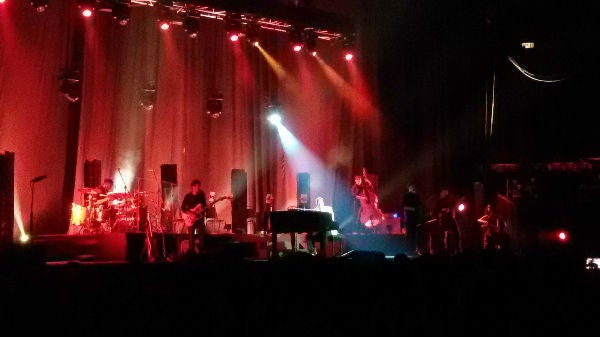 MANILA, Philippines—Have you experienced liking an artist or a group of artists so much that you spent every single penny you can on their albums and live shows? Only to find out later on that it was the fine sound engineering that made their voices blend so well with “their” music?

Though this practice has become the “norm” in the music industry today, it can still get disappointing when you experience it firsthand—especially if you’re there for the music and not the folk. But good thing real talents remain within the sphere. And though seemingly endangered, at least one of them is John Legend.

When this 35-year-old American singer-songwriter played in Manila last September 26, Legend showed the Filipino crowd for the second time around why he is still relevant, and dominant at that, in the 2014 global music scene.

Through display of raw talent, Legend made it easy for his audience to see that it is the steadfast prowess of his voice (and his oozing innate sexiness) that makes his career bloom its finest even ten years after his debut in the music industry. 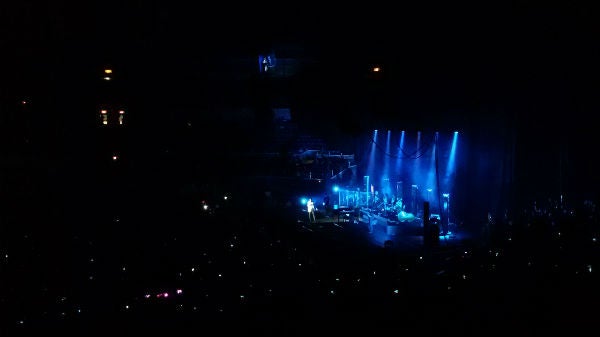 For first-time attendees of a John Legend concert like this writer, it was rather overwhelming to hear such raw yet perfect unison between a voice and its accompanying musical instruments during a live show. Legend performed his songs in a slower and less techno arrangement during his one-night show in the country, and this made everything sound more sensual than it normally does.

He opened his set with “Made to Love”, and then he proceeded to proclaiming that “Tonight” is the night, and that he is the best you, or in this case, we, will ever have.

True enough, he was the best.

In between a song or two, Legend narrated his journey in the music industry. Before his listeners, he recalled how he used to be a corporate guy in the morning—“very sexy work,” Legend exclaimed—and a passionate musician at night. Moreover, he honored the people who believed in him even before was able to prove anything, and these included Kanye West, Alicia Keys, and Usher.

Then the romance with music went on with “Let’s Get Lifted”, “Used to Love U” where the crowd sang along well with “Hola, hola hola”, “Let’s Do It Again / Number One”, and “Save The Night”.

Before singing “Maxine”, the family-oriented Grammy Award winner said it surprised him when he received a call from his grandmother, whose middle name is Maxine, saying how happy she was about the song. This makes Legend believe that his grandmother probably didn’t listen to the lyrics very well, given that Maxine is a girl who’s cheating on her guy. But at least nana was happy. 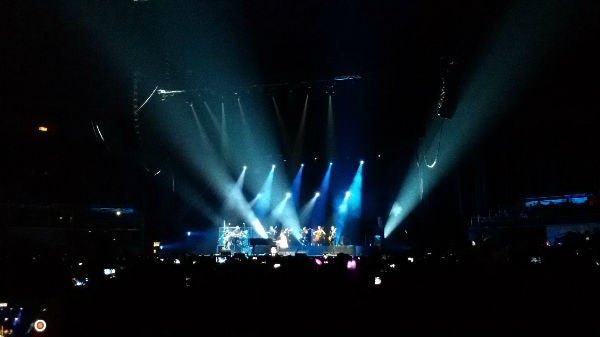 One of the best things about a John Legend live performance is, wherever you situate yourself in the concert hall, you will always manage to hear and feel the surge of emotions from his singing.

When he played “The Beginning”, “Save Room”, and “Green Light” where he asked the audience to get up on their feet and dance along to the song, everybody in the coliseum, whether seated nearest or farthest from the stage, felt the hype as it was effortless for the man to fill the Big Dome with his voice.

And when he performed a cover of the King of Pop’s “Rock With You”, the Big Dome grooved even more.

His own song, “Who Do We Think We Are” came after the Michael Jackson tribute, and then he almost moved everyone to tears when he sang the Simon & Garfunkel classic “Bridge Over Troubled Water”.

Four more heart-melting performances followed with “You & I”, “Caught Up”, “Ordinary People”, and “So High”—then the curtains closed.

Okay wait. That was it?

The crowd, of course, will not less the night pass without hearing the very song that landed Legend the top spot on different music charts across the globe. Everyone cheered for “more,” and then it didn’t take a minute for Legend to show up again on stage, sit back on his piano, and ask “Can I sing one more song Manila?”

Then “All Of Me” came in, and then the rest was history.