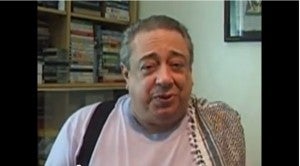 MANILA, Philippines – Radio broadcaster Johnny Midnight, who is John William Xerez Burgos Joseph Jr. in real life, succumbed to prostrate cancer Monday night at age 73. Midnight is remembered by his listeners for his radio show, Midnight Connection where he allegedly healed people through “toning” and “pyramiding”.

Below are some fast facts about Johnny Midnight:

Johnny Midnight was born on March 31, 1941 in Bacolod City. He first worked as a radio broadcaster in ABS-CBN. On Aug.1, 1968, a magnitude 7.3 earthquake rocked Manila and Midnight was the first one who aired the story to the public. The Ruby Tower, which is in Binondo, collapsed and killed 260 people. Midnight then rallied his listeners to raise funds for the victims and families of those who were killed. President Marcos gave him a Presidential Humanitarian Award of the First Order for his efforts.

Johnny Midnight was left jobless as ABS-CBN was shut down by the Marcos dictatorship during Martial law. As such, he worked as a dishwasher, waiter, and then the manager of Alba restaurant in Makati City.

After his show “Midnight Connection” was suspended, Midnight transferred to various radio stations. He also started his own temple where he continued his healing practices. In 2005, Midnight was shot by one of his patients. He was wounded at the hip.

Major Ferdinand Marcelino of PDEA accused Midnight and family members of the suspects of bribing PDEA officials for their release.