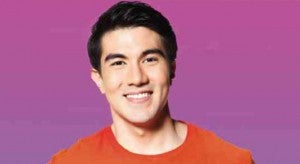 LUIS Manzano will decide in a month whether he’ll join politics.

Actor-TV host Luis Manzano, still undecided if he will seek public office in 2016, admits he has received offers to run for two positions in Batangas, where his mom, Vilma Santos-Recto, is incumbent governor.

“I can’t say yet what those offers are,” Manzano told reporters Sunday night at the Eastwood Mall, where he, Solenn Heussaff and KC Montero, joined an event organized by Axe Gold.

“But if I did run,” Manzano, 33, said, “I’d have to focus on the campaign—which would be hard with my current schedule.”

Aside from his stint as VJ for the music channel MYX, Manzano is host of the reality talent tilt, “The Voice of the Philippines.”

“I’ve spoken to some Batangueños about it,” said Manzano, Santos’ son with TV host Edu Manzano. “I’ve even talked with my mom, dad and Tito Ralph. They never told me what to do, they merely listened.” Santos is married to Sen. Ralph Recto, with whom she has another son, Ryan Christian.

The TV host said Santos and Recto didn’t even have to tell him the pros and cons. “I know what they deal with every day,” he pointed out. “For me, it is a form of giving back. Some politicians equate their position with money. They miss the whole point, which is to serve.”

He said that his mother, a public servant for almost 20 years now, had to sacrifice a lot. “She used to earn so much more,” he stressed. “I believe that a self-made person is always a better candidate for public service than one who simply wants to make money in office.”

If you did run, would that mean that money was no longer your concern?

I’m still not happy with what I have; I want to give my future family a comfortable life… I don’t mind living simply, either. My dream, when I retire, is to live in a beach house and become a dive master.

Are you seeking signs?

Yes I am, but I know that the best sign will come from within me. When you wake up one day feeling you really want to serve, that’s the best sign.

What does your girlfriend, Angel Locsin, say about your plans?

She’s very supportive. She was with me when I had a talk with my mom and Tito Ralph. People in Batangas jokingly call her my first lady.

Would you consider relocating to Batangas?

I’m always in Batangas. I’ve been registered there for years. I stay at my mom’s, but I’m hoping to buy my own properties there—

one in Anilao, because I’m an avid diver, and one in Lipa. I see these as investments. I’ve been diving for 12 years and have been into underwater photography for two years.

Have you discussed marriage with Angel?

Angel is scheduled to do “Darna” and another movie with my mom. I want her to maximize all these opportunities. If we get married, I want her to relax, even just for a year.

If you decide to pursue politics, Angel would end up making more money than you.

She already makes more than I do. A host is never given the same rate as a leading lady. It’s something that Angel has worked very hard for. I told her that, the way she has cared for her name, her brand, she deserves even more.