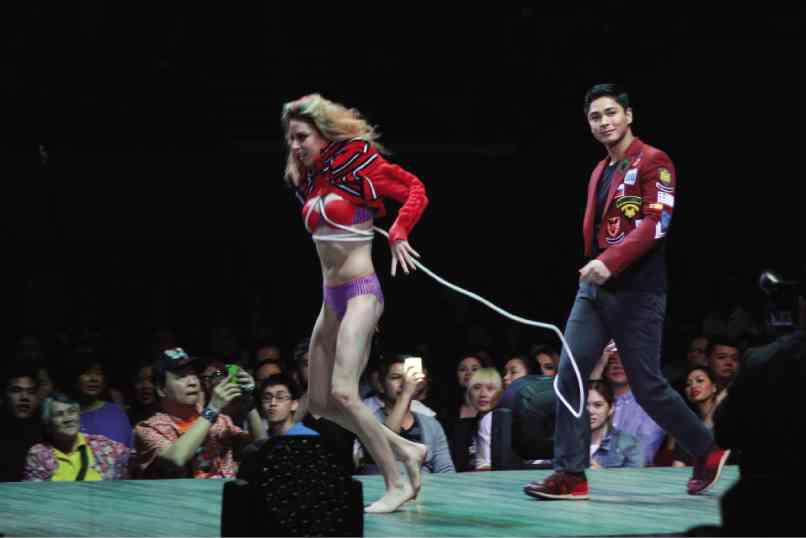 MANILA, Philippines — Actor Coco Martin said Tuesday that he was “extremely sorry” for his participation in the Bench “The Naked Truth” fashion show where he was heavily criticized for playing the role of a ring master pulling a woman on a leash.

In a statement released by Lorna Kapunan, Martin’s counsel, the actor said that he learned a lesson on the repercussions of his portrayals as an actor.

“Mr. Martin feels extremely sorry for what transpired and admitted that this incident taught him a major lesson to be more sensitive and mindful of the repercussions of his portrayals,” the statement said.

The actor said that he did not take part in the conceptualization of “The Naked Truth” and his role was only given to him a day prior to the show.

He added that he wanted to voice out his concern but language barrier prevented him from communicating to the Canadian model. He also felt the need to stay mum “because it was impressed upon him that the whole show was already finalized and he felt insignificant as to cause a scene and demand an overhaul of the entire segment.”
The actor maintained that he has high regard for women, “just as he respects and loves his mother, his grandmother, and his three sisters.”

Martin vowed that he will never portray an insensitive role again.

“Mr. Martin humbly asks for the public’s understanding and assures the public that he will no longer allow himself to be obliged to participate in a similar insensitive portrayal,” the statement said.

Netizens blast Bench for commodifying women in ‘The Naked Truth’