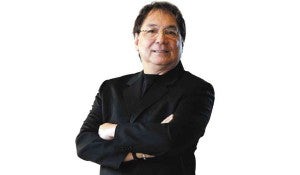 The judges in the GMA 7 reality singing contest “Protégé,” which premiered recently, are determined not to mimic either Simon Cowell or Paula Abdul, ex-“American Idol” (now “The X Factor”) jurors.

“I will just tell it like it is,” quips Bert, who started as a record label executive in the 1970s and now manages Arnel Pineda, frontman of the American rock band Journey. Even as a director, Bert says he never minces words. “I don’t exaggerate or sugarcoat.”

Which is just fine with Louie: “I’ll be myself. The contestants will either love me or hate me. I can be their worst nightmare or best fantasy, but I will always tell the truth. There’s always a way of being honest without breaking people’s spirits.”

Joey, who worked as a radio DJ for years, admits that he’s often perceived as a smart aleck. But he promises to be kinder and gentler as a judge. “I will react only to what I see and hear.”

The judges are happy that their opinions matter in this contest, since the results will not depend solely on text votes.

In sum, the three judges are searching for total performers.

It’s the indefinable X factor, Bert points out. “There are a lot of great singers in this country, but one or two would always stand out.”

“I’m looking for someone talented and has charisma,” says Louie.

In the end, it’s the public, not just the judges, who would choose the real winner because the trick is sustaining fame after the show. “I advise budding singers not to depend on TV,” Louie adds. “They should continue doing gigs in clubs and other venues.” 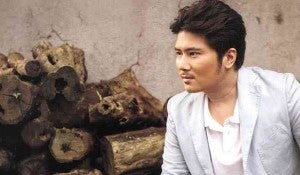 Meanwhile, singer-TV host Janno Gibbs gets to share what he has learned in the biz by being one of the mentors in “Protégé.”

Assigned to travel to Iloilo, Janno went to great lengths to find the three acts he is presently coaching in the show.

“I went to Capiz and found Lirahlin Bermudez, a 13-year-old girl whose brother recently died of cancer,” he recalls. “She’s a pretty good acoustic singer and guitarist.”

“I didn’t have a hard time looking for my top three,” he relates, because he had a definite idea of what he wanted from the start. “There are a lot of great singers among Filipinos, but I avoided the ‘Tawag ng Tanghalan’ biritera (belter) types.”

He says he’s searching for a contestant who can pass as a “current artist”—he or she is ready to make records or top-bill concerts now. “I’m looking for a fresh, unique talent who doesn’t sound like anyone else.”

But then again, he wants a “Protégé” who’s still a diamond in the rough. “Someone whom I can still hone. Someone who can still improve,” he says.

As a mentor, he’s no tormentor, he insists. “I share everything I know, even little things.”

He can be brutally honest, though: “When newcomers want to impress, they tend to over-sing. I tell them to hold back a little … relax.”