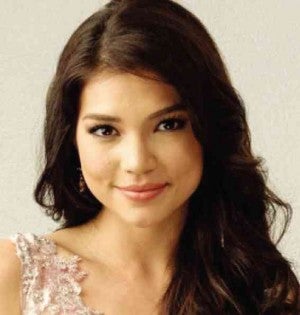 Rhian Ramos likes shaking things up: In Jeffrey Hidalgo and Roy Sevilla Ho’s intriguing romantic thriller, “Silong,” she teams up for the first time with Piolo Pascual, who is cast as widowed physician Miguel, whose life is turned upside down when he rescues the brutally battered maiden Rhian portrays.

Even the actress’ leukemic character, Joy dela Rosa, in “My Destiny” was a role she requested for: “I asked for someone deglamorized—because TV dramas tend to cast actors in the same roles again and again.

“My priorities are different now that I’m older (she’s turning 24 on Oct. 3). When I was starting in the biz, I was just excited about not attending a conventional school, and making money from acting and commercial endorsements. These days, when I’m offered a new project, I crave for some artistic fulfillment. It’s thrilling to wake up to different experiences every day!”

—Talk about thrilling experiences, is that why Rhian races cars these days? Does she get a kick out of car racing more than acting? The actress beams, “I do get an adrenaline rush out of acting, especially when I’m in a scene trying to pull off an experience I’ve never gone through before—but, the minute I finish the scene, I’m back dealing with the less appealing side of show biz.

“But, when I’m racing, the world outside the racetrack doesn’t matter. All I think about is how to get ahead of the car in front of me, then the next, and so on. I don’t have to worry about impressing people I don’t know.

“And, I like the fact that it’s the opposite of what the public expects from me. In acting, you curl your hair and put on makeup. In racing, you sweat a lot—and none of the hair-curling skills in the world can save you (laughs)!”

For years, Rhian’s love life has been fodder for speculation and gossip—but, the actress is taking a much-deserved breather from romance. “I’m not in a relationship now,” she discloses. “I haven’t even been steadily dating for some time. It started out as a conscious decision, but even if I try, I’ll probably be able to see the guy only once every two weeks, which you can’t establish a relationship out of—so, why bother?”

Having been in a “very public” breakup and volatile relationships before, if she decides to give love another chance, what should her suitors keep in mind? Rhian answers, “I need a man who is very secure, because I have a tendency to shake things up a bit. My friend, Bianca (King), is always around—she’s unshakable in my life. But, I make friends with guys much easier than with girls, because boys are less complicated—and I like their sense of humor!”