‘We’re no longer amused by anarchy’ 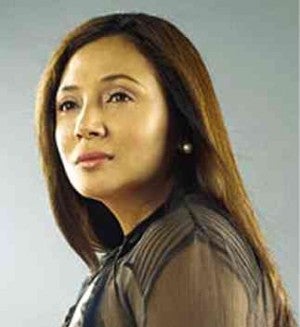 MANILA, Philippines—The tragedy that befell the family of actress Cherry Pie Picache gave rise to fresh waves of indignation over what one of her show biz colleagues called “the anarchy prevailing in our country.”

Picache’s 75-year-old mother Zenaida Sison was found dead with several stab wounds inside her Quezon City residence Friday night, in what the police later ruled as a robbery.

The break-in at the victim’s two-story house on Scout Dr. Lazcano Street, Barangay Paligsahan, apparently took place amid the heavy rains. With two sisters living in the United States, Sison lived alone though she had employed a housemaid, a laundrywoman and a gardener who reported for work only during the daytime, the Inquirer learned.

Police said the body was discovered by Picache and her driver, after the actress became worried and rushed to the place when her mother did not pick up her phone call earlier that day.

Picache and driver Mateo Mago arrived at the house around 6 p.m. and found the gate and main door forcibly opened. Mago was the first to go upstairs and find the victim dead inside her bedroom.

Chief Insp. Rodel Marcelo, head of the Quezon City Police District (QCPD)-Criminal Investigation and Detection Unit, said investigators found in the house a blood-stained knife and a piece of wood believed to have been used to attack the victim, and a crowbar that may have been used to pry the door open.

The QCPD has to yet to come up with suspects at press time Saturday.

Expressions of sympathy and outrage have since poured out from the entertainment industry.

Multi-awarded screenwriter and director Jose Javier Reyes said: “I met Cherry Pie’s mom. She was a feisty, independent woman. It goes to show that anarchy is prevailing in our country.”

“My prayers and heartfelt condolences to Pie Picache and her family for the loss of her mother. May justice be served and the perpetrators of this heinous crime be given the punishment they deserve. And again let this be a wake-up call to the people we have entrusted the responsibility of ensuring peace and order as well as sustained by the taxes they so dutifully collect from us,” Reyes said, adding:

“We, the ordinary citizens, are no longer amused by the anarchy around us. Neither are we entertained by their rah-rah self-serving speeches and politicking. We are not stupid or numbed by your cheering squads.”

Writer-actress Bibeth Orteza recalled: “Her mom was kind. I’ve spoken with her on the phone one time when she was arranging for a surprise birthday party for her daughter.”

Orteza suspected that “the crime (was) an inside job. I know the area where she lived. The security there is strict. I remember that my driver would always have to surrender his ID to the guard. I also know that at a certain (time), access to one of the gates is no longer allowed.”

Veteran TV host German Moreno said he found the crime “unimaginable.” “Why was this done to a woman of that age? I could not believe that people would go kill someone so helpless just to earn a living.”

Moreno asked the government to act quickly on the case and “show people that they’re serious about what they do.”

Director Adolfo Alix Jr. expressed “hope that justice will be served so that she’ll have peace of mind. Prayers for her and her family.”

In a statement, Picache said: “My family is very aggrieved by this unfortunate event that happened to our mother. We trust that the QCPD together with the Scene of the Crime Operatives, through their vigilance and effort, will apprehend the person or persons who committed this gruesome crime against our mother and family and against our society.”

Read Next
Insider pits foe vs family
EDITORS' PICK
Metro Manila’s daily COVID-19 growth rate drops to 2% — Octa Research
Over 3 Million worth of prizes to be won at Smart Padala’s SENDali Manalo Promo!
SMDC’s Bloom Residences: A master planned community that cares for your health and wellness
What to expect as Metro Manila starts ‘no vaccination, no ride’ policy on Monday
COVID-19 cases in PH pass 3.2 million mark with 37,154 new cases — DOH
Upsilon, Unilever give ‘real talk’ on climate change crisis
MOST READ
IATF protocols now apply to travelers who arrived on or before Jan. 13
‘Not my loss’: Did Kris Aquino just comment on her breakup with Mel Sarmiento?
Thailand records first Omicron death
Tito, Vic and Joey still not quitting, breaking trends as they celebrate 50th year in the biz
Don't miss out on the latest news and information.