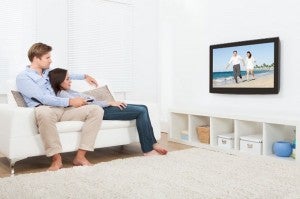 A most unusual and telling instructive program we caught recently was “Forever Young,” the surprising “mashup” of two generations—a bunch of teens and 20-year-olds, with a group of senior citizens in the twilight of their years. The relatively original program concept investigates the key differences and similarities that both separate and link the elderly and people at the very threshold of their young-adult years.

Initially, the differences appear to trump the similarities by a wide margin: Young people are turned off by senior citizens’ set ways and attitudes, their know-it-all, been-there, done-that mental stance, and their belief that young people should respectfully give way to everything they think and want.

On the other hand, old people hate their young counterparts’ seeming lack of discipline and respect for elders, their “wild” sex lives, their lack of focus due to their absorption with social media, and their being spoiled and lazy.

Given these extremely different mind-sets, you would think that it would be most unlikely that the two generations could ever end up liking each other, and working together to achieve common goals.

But, “Forever Young” surprises and delights viewers by proving the opposite, by making its “mixed” teams tackle challenges that “force” them to work together to beat the competition.

One of the tests required the teams to find their way to a heretofore unspecified location using a GPS device, and then rush back to print a selfie as proof of their speedy compliance, despite the fact that the “oldies” weren’t gadget-savvy.

The challenge forced the senior members of the teams to acquire new skills posthaste, and their young partners were similarly stressed, because they had to patiently guide the seniors through tasks that they themselves could do in the blink of an eye.

Both generations may have ended up tense and drained, but they also got a psychic surge from the realization that they could work together very well, if they set their minds to it. Even better, some of the youths ended up appreciating their senior partners’ wisdom and capacity to empathize with them whenever they were down.

Since some of the young contestants came from broken homes, the love of their “instant grandparents” boosted their spirits and helped them resolve some of their festering problems and feelings of inadequacy. —What a pleasant surprise for all of the generations involved!