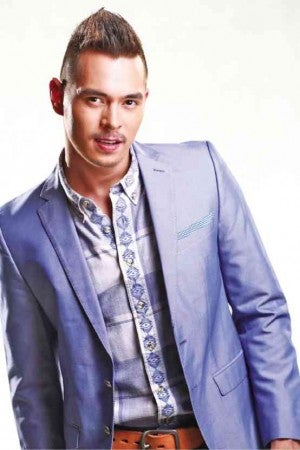 “When I’m older, maybe I can teach new actors,” said Jake Cuenca, who is set to leave for New York City to study at the prestigious Lee Strasberg Theater and Film Institute.

The “Ikaw Lamang” star was among select ABS-CBN artists who participated in a workshop conducted earlier this year by Ivana Chubbuck, Russian-American acting coach to Academy award-winning actors Halle Berry and Charlize Theron.

“The Chubbuck workshop opened my mind,” said Jake. “Her system is very different and interesting. I’m ready to move on to Lee Strasberg and Method acting (which the school espouses). I’m very lucky I was admitted; the competition for admission is always tough.”

Jake first worked as a model for print and TV commercials at age 9. In 2003, he appeared in GMA 7’s youth-oriented drama series “Click.” He was also in other Kapuso programs like “Encantadia” and “Majika.”

He moved to ABS-CBN in 2006 and joined the cast of “Sana Maulit Muli.” In 2008, he landed the lead role in the remake of “Palos.” He was also in “Tayong Dalawa,” “Precious Hearts Romances: My Cheating Heart” and “Rubi.” On the big screen, he was seen in such films as “When the Love is Gone,” “Lihis,” and “Tuhog.”

Jake has saved up for the New York trip. “Right now, I’m more concerned with expenses for lodging,” he said. “I was happy to shell out money for the tuition.”

Is his love life taking a backseat then? “We’ll see each other when I get back. She is my inspiration,” he said of Australian girlfriend Chanel Olive Thomas.

Jake is taking part in the annual Bench-produced fashion show tonight at the SM Mall of Asia Arena. This year’s show is titled, “The Naked Truth.”

Gov: Why only Tarlac as quarantine site?