Vina and Robin reunite for ‘Bonifacio’ 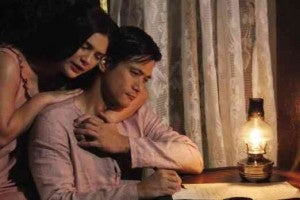 VINA Morales and Robin Padilla share a tender moment in the movie.

Robin Padilla was the ultimate macho man, a “bad boy” on and off screen. He was rough, he was tough, and hardly spoke a word of English unless necessary. The chiseled, handsome face that millions of fans fell in love with, belied this brashness.

Vina Morales was a sweet-faced, innocent-looking  mestiza, much younger than Robin. Her voice catapulted her from singing competitions to a burgeoning film career.

Their pairing was hardly automatic—Padilla with Sharon Cuneta in “Maging Sino Ka Man” (1991) seemed more like a sure thing.

But Robin and Vina had something special. Chemistry wasn’t apparent until the first film, “Ang Utol Kong Hoodlum,” hit the 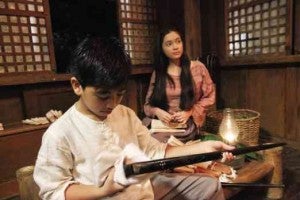 The movie is an official entry in the Metro Manila Film Festival. In a fest ruled by comedies, fantasies and horror films, “Bonifacio” could just stand out as one with educational and cultural value. 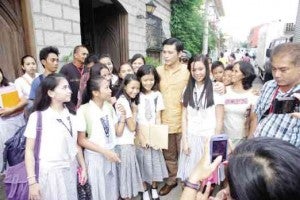 The heart of the film is the relationship between Andres and Oryang. So the chemistry between Robin and Vina is crucial.

“Just a few looks, a few movements, and we’re okay,” Robin says of their understanding. “[With us,] the first take is often the best shot.”

Production expenses have exceeded the original budget. A big set was constructed for the battleground in Pagsanjan. 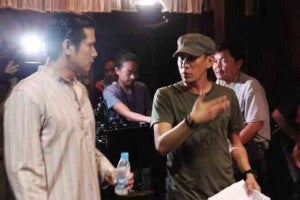 The filmmaker, cast and crew regard their work as something with long-term value. Vina explains: “You can tell that we worked hard on this, and we can proudly pass it on to the next generation. [Film outfit] Philippians Productions didn’t mind splurging, seeing that this movie will be appreciated for a long, long time.”

Read Next
‘I was Piolo’s date; it was like the king asked me’
EDITORS' PICK
EuroMillions Superdraw: A lottery draw unlike any other is coming to the Philippines
Smart releases Hyun Bin’s second TVC
Water remains our saving grace right now
‘Justice will be done,’ Duterte assures as he vowed probe on Jolo incident to bare ‘truth’
DOLE: Return of OFWs’ remains from Saudi to be ‘delayed,’ deadline moved to ‘early next week’
Current dominant strain of COVID-19 more infectious than original—study
MOST READ
BREAKING: Duterte signs anti-terror bill into law
Locsin warns of ‘severest response’ if China’s army drills in SCS ‘spill over’ to PH domain
Duterte tells military: No other president looked at you the way I did
‘Very timely, historic’: Senators laud passage of anti-terror bill despite ‘pressures’
Don't miss out on the latest news and information.