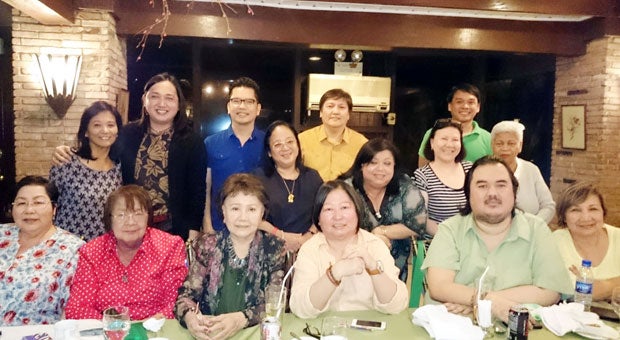 MANILA, Philippines – A group of managers expressed their support for actress Lovi Poe and her manager Leo Dominguez after director Erik Matti’s scathing post on Facebook.

Members of the Professional Artist Managers, Inc. (PAMI) recently met and discussed the “social media tirade” of the director against Dominguez, a PAMI member, and Poe.

More than a week ago, Matti ranted on Facebook about Poe’s decision not to join the sequel of “Tiktik: The Aswang Chronicles.” Poe was originally the leading lady of Dingdong Dantes. However, in the sequel, Poe will only be part of the opening sequence which was supposed to be shot in just two days.

“For months now, we, the producers and the production, have been struggling to negotiate with Lovi and her managers to shoot the opening sequence. Over a month ago, we got word that she does not want to do it because it was just for two days,” Matti said in his post.

He said they tried to convince the actress to agree even if her signed contract stipulated that she should be ready to do three films.

“The final straw that made us decide it would be impossible to get Lovi Poe to do the role was when they said yes but demanded a ridiculous amount of money for it,” he added.

In his post, Matti said he did not want to put the film in a bad light but decided to reveal what happened because they could not find a replacement for Poe.

“I am pissed that a starlet like Lovi Poe would have the gall to go against the contract she signed just because she does not want to do a two-day role,” he said. “Just want to vent out my frustration at how these managers and starlets think so highly of themselves.”

He slammed Poe for allegedly claiming to be a “serious actor” after doing an independent film.

“This will be the last time I will get a talent from Leo Dominguez,” he said after pointing out that the sequel’s lead actress was Isabelle Daza who is also a talent of Dominguez.