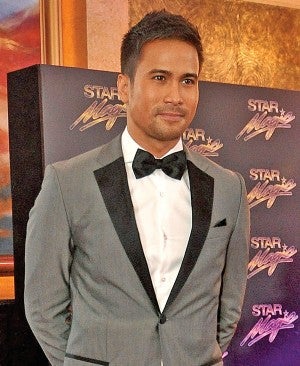 SAM MILBY hopes to have a date at the next Star Magic Ball.RICHARD REYES

A huge scandal is raging in cyberspace. Crafty Exec of Top Company wanted to infiltrate the “in” crowd— where Ravishing Beauty, Glamorous Stunner and their ilk reign. CE showers RB and GS with all sorts of freebies, from lavish dinners to foreign junkets.

At a splashy bash, TC held a raffle for guests.

Showbiz Insider won one of the prizes, a spiffy gadget. By the end of the party, however, the prize and CE had vanished.

Hunky Idol and Talented Starlet were among the performers. TS effortlessly wowed the audience and Big Boss praised the vivacious entertainer for a job well done.

When it was HI’s turn, BB’s mood changed. HI’s performance was marred by flats and sharps galore. In short, it was a disaster.

Disappointed, BB told HI (in front of the shocked audience) to sign up for additional workshops.

Controversial Celebrity and Wealthy Benefactor were once thick as… well, thieves. 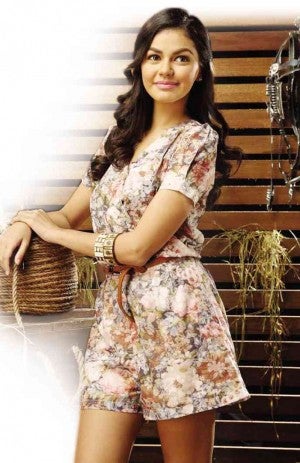 JANINE Gutierrez feels it’s better to be safe than sorry

CC benefited from WB’s largess. WB, on the other hand, got to cover up not a few shenanigans with CC’s help.

CC and WB had a falling out over garden-variety Sexy Nymphet. WB already had his dirty paws on SN but CC still made his move on the girl.

That was the deal breaker.

Once again, several hunks have fallen victim to unscrupulous netizens.

A gay website has come out with a list of local male celebrities who are said to be in the flesh trade. It’s a veritable menu of hunks!

In the lineup are products of a reality search—Gorgeous Heartthrob, Dashing Discovery and Macho Hottie—who purportedly charge P20,000 to P25,000.

Although it’s supposedly a hoax, some of the hunks were terribly undervalued. Troubled Performer was priced at P10,000.

Now, that was adding insult to injury.

Not a few people have noticed that Perky Starlet’s tummy is growing bigger. 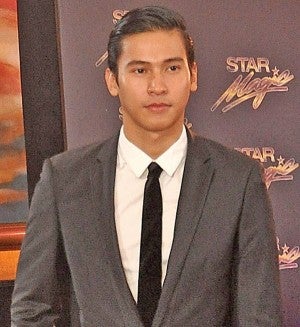 ENCHONG Dee brought his girlfriend to the ball. photo by Richard Reyes

No, she’s not pregnant.

PS just can’t stop guzzling beer—especially when she goes out with Cute Boyfriend, who has a drinking problem.

But PS’ Older Relative doesn’t exactly set a good example, either. OR is one mean drunk, too. Cut them and they’d bleed… alcohol.

Tom Rodriguez, asked where his relationship with Carla Abellana is at: “Nasa panunuyo pa lang at pagpapa-cute …. I don’t want to rush.” (Sigh. This guy should be cloned.)

Heart Evangelista’s message to Cesca Litton: “I wish you well and let’s [just] be happy because we’re getting married to the [men] of our dreams. Congratulations and sorry for the confusion.” (The winner takes it all.)

Sam Milby on going to the Star Magic Ball solo: “Sana next time, may date na ako.” (For sure that was your choice.)

Sam, asked if he had regrets that he and Anne Curtis didn’t end up together: “Bilang ’di ako perpektong tao, yes, I have regrets.” (We’re stuck on “yes.”) 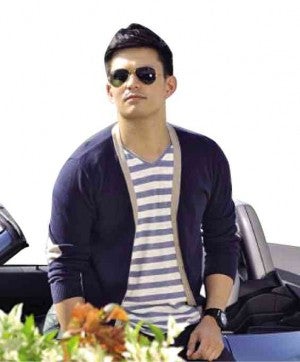 Luis on rumors that he and Angel are getting married in Lipa, Batangas province, next year: “Hindi …. Sa Balesin!” (Ay, nakigulo pa.)

Daniel Padilla, asked what he thought about Kathryn Bernardo’s look at the Star Magic Ball: “Very… majestic.” (Like Mayon Volcano?)