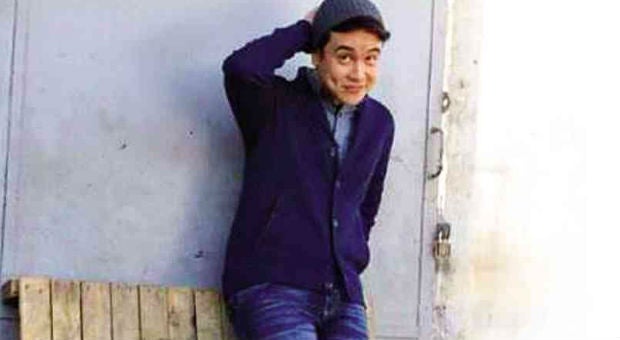 ARJO Atayde “is passionate and eager to work,” says his director. Facebook photo

Arjo Atayde said he was aware that he has his work cut out for him as an actor, especially since his mother—character actress Sylvia Sanchez—has been in the business for 25 years.

Not many people know that Arjo first ventured into acting at 9, as a talent of the youth-oriented show “Ang TV.” His mother opted to pull him out of the program when it affected his school standing. When Arjo turned 14, he kept going to auditions but was never picked for any role because, he said, he was “too skinny and fair-skinned.”

This went on until Arjo was 21, when he finally landed a role in the series “Eboy” (2012). But his big break did not come until 2013,  in the action-drama series “Dugong Buhay.” That same year, he starred in the “Bangka” episode of “Maalaala Mo Kaya” that earned him a Star Award for Best New TV Personality from the Philippine Movie Press Club (PMPC). He now plays one of the lead characters in the ABS-CBN romantic fantasy series “Pure Love.”

Now that he and Sylvia are in the same business, Arjo said his mom would often remind him to be “respectful of the people around me; that I should treat the utility people the same way I treat the bosses. She always tells me to love my job so it will love me back.”

In a previous interview, Sylvia said she allowed Atayde to join show business to fix his rebellious behavior. “His father (businessman Art Atayde) had hoped that Arjo would pursue the same field, but Arjo said, ’Mana ako sa iyo, Mama. I want to be an actor like you.’ I was alarmed one day when Arjo purposely didn’t come home for a night. He got angry when I confronted him about it and said he was bored with his life,” she said. “His dad and I decided to let him [pursue it] because we didn’t want to lose him to drugs or other vices.”

As a result, Arjo behaved responsibly. “The two of us became closer, too,” said Sylvia. Arjo, 23, has three younger siblings—Ria, 21, Gela, 11 and Xavi, 4. Sanchez also has a daughter named Pia, 25, from a previous relationship.

Proceeds went to the antidrugs and health awareness campaign of the Bulacan Drug Rehabilitation Foundation Inc. “It’s a worthwhile endeavor… I am able to avoid bad vices by focusing on my work,” said Arjo.

Velasco said Arjo “is very passionate and very eager to work. There is actually no small role in this story.”

The local version of the 2011 Korean drama “49 Days” underwent some changes to suit the Filipino viewers’ taste, Velasco said. “We kept the central plot intact but included a lot of interesting characters. We injected Filipino values, especially love for family, probably the show’s biggest difference from its Korean counterpart.”

Arjo plays Raymond in “Pure Love,” which tells  the story of the rich and pampered Diane (Gonzaga), who figures in an accident but is given the chance to live again if she gathers three teardrops of pure love, shed by three nonrelatives.