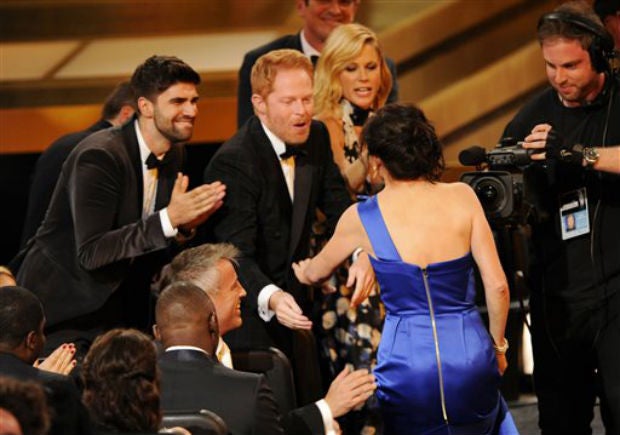 Gail Mancuso accepts the award for outstanding directing for a comedy series for her work on “Modern Family” at the 66th Annual Primetime Emmy Awards at the Nokia Theatre L.A. Live on Monday, Aug. 25, 2014, in Los Angeles. Looking on from left are Justin Mikita, Jesse Tyler Ferguson and Julie Bowen. AP

It’s the fifth year in a row the hit ABC series has bagged the big prize, tying a record winning streak set by “Frasier.”

Rivals were “The Big Bang Theory,” ”Louie,” ”Orange Is the New Black,” ”Silicon Valley” and “Veep.”