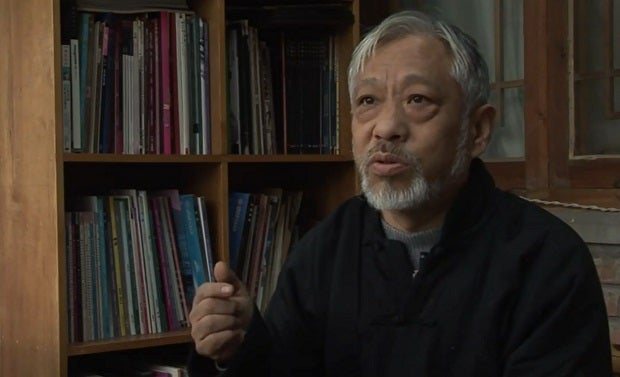 Li Xianting, founder of the film fund and a film critic. YouTube screengrab

BEIJING—Chinese authorities shut down an independent film festival on its opening day Saturday, a rare venue for the showing of films that may be critical of the government in a country with tight controls, organizers said.

Festival artistic director Wang Hongwei and executive director Fan Rong, both of Li Xianting Film Fund that has organized the 11th Beijing Independent Film Festival, said that the event was forced to close.

Li Xianting, founder of the film fund and a film critic, has posted memos in social media over the last week saying that state security personnel have been pressuring him to cancel the festival and that he has come under police surveillance. Both Wang and Fan verified the authenticity of Li’s posts but declined to speak further.

Police in the Beijing suburb of Songzhuang, where the event was supposed to open, said Saturday they were unaware of it.

Started as a film forum in 2006, the festival over the years has grown to be one of the most important events for China’s independent films but also has attracted the attention of authorities eager to regulate free speech.

In 2012, electricity was cut off shortly after the festival opened, but organizers still managed to show some new movies. Last year, the festival went on, although public screenings were canceled.

In his memos, Li said police put him and the fund’s office under surveillance Aug. 18, when this year’s festival’s poster and schedule were released online.

He said local authorities initially agreed to have the festival moved to a town farther out in neighboring Hebei province, but that the management of the hotel where reservations were made informed the fund on Friday that police did not allow the hotel to host the festival.

Li said both Fan and Wang were taken away by Songzhuang police on Friday afternoon and forced to sign a letter of promise to cancel the festival before they were freed five hours later.

Li said employees of the fund were also informed that the electricity to the office would be cut off starting Saturday.