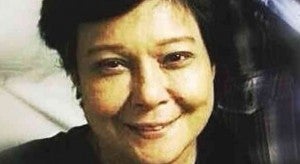 Nora Aunor is the 10th recipient of the University of the Philippines’ (UP) Gawad Plaridel, the highest award given by UP to an outstanding media practitioner.

MANILA, Philippines—Nora Aunor is the 10th recipient of the University of the Philippines’ (UP) Gawad Plaridel, the highest award given by UP to an outstanding media practitioner. The trophy designed by National Artist Napoleon Abueva will be presented to Aunor on Aug. 27 in a 2 p.m. ceremony at the UP Film Institute Film Center’s Cine Adarna.

Aunor is being cited for her excellence in film and television. She earlier received lifetime achievement awards in the two media—the Film Development Foundation of the Philippines’ Haligi ng Industriya (1997) and the Film Academy of the Philippines’ citation (1994) for film, and the Helen Vela Award (2004), Ading Fernando Award (2001) and Vic Silayan Award (1997) for TV.

While her numerous acting awards in the Philippines and abroad are publicly known, Aunor has also produced critically acclaimed films through NV Productions and NCV Productions. Among these are “Carmela,” “Paru-parong Itim,” “Tatlong Taong Walang Diyos,” “Bona,” “Condemned,” “Andrea” and “Pacita M.”

Established by the UP College of Mass Communication, the annual UP Gawad Plaridel recognizes outstanding Filipino media practitioners and those who have performed with the highest level of professional integrity in the interest of public service.

The award is named after Marcelo H. del Pilar (Plaridel), the propagandist whose stewardship of the reformist newspaper La Solidaridad gave voice to nationalist sentiments and libertarian ideas in the 1890s. Like Plaridel, the recipient of the award must believe in a vision of a Philippine society that is egalitarian, participative and progressive, and in media that are socially responsible, critical and vigilant, liberative and transformative, and free and independent.