I respect the decision of the Davao officials, and I will abide by it.

MANILA, Philippines — After he was declared “persona non grata” by Davao City’s local government, comedian Ramon Bautista accepted his fate and said that he will “respect” and “abide” by it.

“I respect the decision of the Davao officials, and I will abide by it,” he posted on Twitter moments after he was declared “persona non grata” in a resolution by the local government.
In the Kadayawan Invasion held Saturday, Aug. 16 at the Crocodile Park, Bautista remarked “Ang daming hipon dito sa Davao!” and led the crowd to chant “Hipon!” 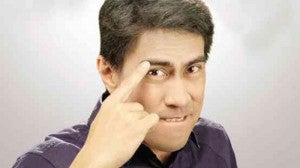 The term “hipon” is a street slang for a woman with an unattractive face and a sexy body.

Bautista issued a public apology that same night after he was reprimanded by Davao City Vice Mayor Paolo Duterte. He also took to Twitter to issue another public apology on Monday.

The City Council also slammed Bautista’s Instagram post of a photo of himself with his arms draped over three women. It came with a caption “Ito ang kabataan ngayon hihi” #Kadayawan #PasisikatinKitaHijaFoundation.”

“The Women Development Code of Davao City defines Mr. Bautista’s actions under other forms of sexual harassment,” part of the resolution said.

“There is a need to make Mr. Bautista understand that as a visitor of a place he should be mindful of decency and propriety said,” it added.