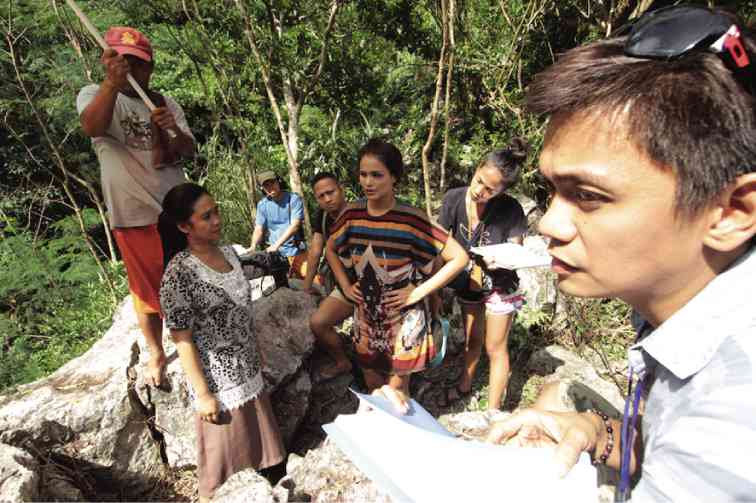 Filmmaker Jun Robles Lana recalls having soldiers, priests and insurgents in his clan.

As a kid living with his family in Bicol during martial law, he would hear the grown-ups talk about volatile social and political problems. But he never joined in the discussions.

Now an adult, the award-winning filmmaker gets to participate in the discourse through the film “Barber’s Tales,” currently in local cinemas.

The internationally-lauded film is based on an old script that won for Lana a Palanca Award in 1997.

“I wanted to make a film on women empowerment, in honor of my mom and all the strong women who had a profound influence on my life,” he said. Lead actress Eugene Domingo’s character Marilou is a tribute to his mentor, the late filmmaker Marilou Diaz-Abaya.

Lana elaborated: “[The] 1970s saw our country struggling against poverty, insurgency, corruption and domestic issues like reproductive health. It’s 2014 and we’re facing the same problems. It makes me wonder how much progress we’ve actually achieved.”

Shoot for the film, in a remote town in the mountains of Quezon province, was quite arduous, he recounted. “We shot nonstop for almost a month— working 20 hours a day, at the height of the typhoon season. There was no electricity and no cell phone signal there. We stayed in an abandoned and dilapidated schoolhouse.”

He lauded his hard-working cast and crew. “Their commitment helped us transcend the difficulties.”

As a bonus, he got to direct Nora Aunor. “I was shocked that she agreed to do a cameo. It was an extremely thrilling experience to direct the Superstar.”

“Barber’s Tales” has won awards in Udine (Italy), Tokyo (Japan) and Madrid (Spain), but Lana’s fondest wish is for his film to be embraced by his countrymen as well.

“Foreigners loved our film [but] I am realistic in my expectations. It’s not the usual box-office fare, but I still hope it will find an audience here,” said Lana. “At its core, it’s about every Filipino’s struggle for identity and recognition. But I made it entertaining and compelling, since cinema is primarily for entertainment.”

He hopes the government will help make Filipino movies become more competitive here and abroad. “We need government’s support to build an audience that is more open to other types and genres of cinema.”

In the works is the third part of Lana’s small-town trilogy that began with “Bwakaw” and continued in “Barber’s Tales.”

“The last one is ‘Ama Namin (Our Father),’ about an orphaned 14-year-old boy who finds out that his father is alive, but that he’s a priest,” he said.