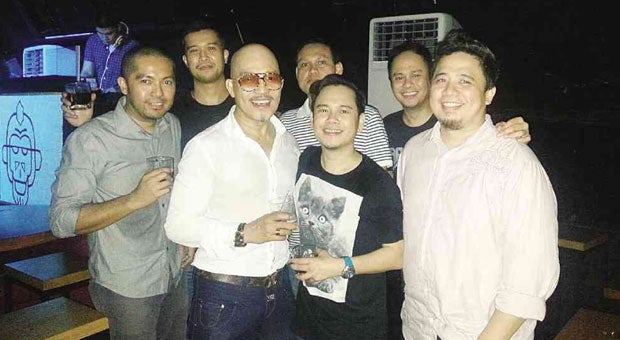 I celebrated the birth anniversary of my SuperwoMom (Inday Badiday) by watching the gig of my all-time favorite band, True Faith, at 12 Monkeys Music Hall and Pub, Century City Mall in Makati.

It also felt like my birthday because my dear friend, Leo Valdez, surprised me that night.

As soon as he saw my Facebook post that I was at 12 Monkeys, he rushed there to party with me and the band.

I got misty-eyed when I saw Leo.

My mom and Leo were good friends so his presence made the celebration all the more meaningful.

After being alcohol-deprived  during the run of “Priscilla: Queen of the Desert,” Leo enjoyed “vodkanizing” the night away with us.

It was his treat, and he even jammed with True Faith, much to the delight of the crowd.

In fact, it was a welcome breather before  Leo resumes rehearsals for his next show,  “From East Coast to West End.”  He will be joined by Monique Wilson,  Ima Castro and Tanya Manalang in the concert to be held at the Newport  Performing Arts Theatre of Resorts World Manila on Aug. 29, 8 p.m. (For tickets, call 891-9999.)

From 12 Monkeys, Leo, the True Faith band and I transferred to Time Bar on Makati Avenue.

No rest for the wicked!

Our good friend, Jay Server who owns the cool chill-out place, made us feel so welcome. We were having such a blast that we lost track of time. Till sunrise do us part!

Thank you, my darling Leo for the kind of friendship that deserves a standing ovation.

No wonder you are named Leo V. Just jumble the letters and it spells “Love.”

Love is truly in everything you do. 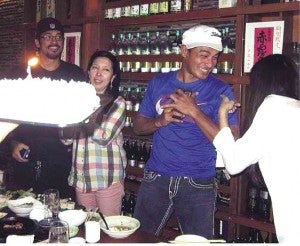 Cesar Montano celebrated his birthday quietly. There was no media coverage, no lavish show biz party. Instead, Buboy hosted an intimate lunch at Seryna Little Tokyo for his closest friends and churchmates.

He has turned into a pescatarian and is seriously considering becoming a full vegetarian eventually.

After lunch, he fetched his daughters (Sam, Isabelle and Cheska) from school to spend some bonding time with them.

The next day, he hosted dinner at his place for the same core group of friends.

BFF Buboy has a knack for making guests feel instantly at home by holding an impromptu mini-concert where everyone can jam while he plays the guitar.

If plans push through, our group will be off to Papua New Guinea for some charity work. Buboy also intends to train some actors there.

The birthday boy has found inner peace. Although there’s no more “Sunshine” (Cruz) in his life, everything is aglow in  Buboy’s  world because of his renewed faith and strength.

Aga Muhlach turns another year cuter today. No matter how old he gets, cuteness is something Aga will never outgrow. Just like our common idol, Michael Jackson, Aga is an eternal 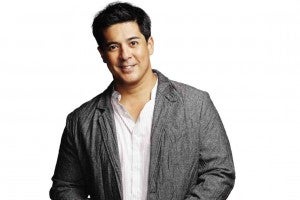 child. His playful nature and sense of wonder keep him youthfully vibrant.

I remember way before his “Bagets” days, his cousin, Liezl Sumilang-Martinez, and I invariably left Aga on the dance floor because he would always seem powered by Energizer batteries.

It never fails to make my day whenever he sends me Michael Jackson-related videos on Facebook.

As I was typing this column, I got an FB notification that Aga had tagged me in a post, yet  another cool MJ-inspired vid.

Watching the King of Pop’s concert in Singapore with Aga, Richard Gomez, Joey de Leon and other friends in the biz will forever be etched in my memory.

Prior to his birthday, Aga flew to Bali, Indonesia, with his family for a well-deserved holiday. Birthday cheers to my forever friend!

Thank you, Aga, for keeping our bond intact, no matter how long it’s been since the last time we saw each other.

Your fountain of youth will never run dry!