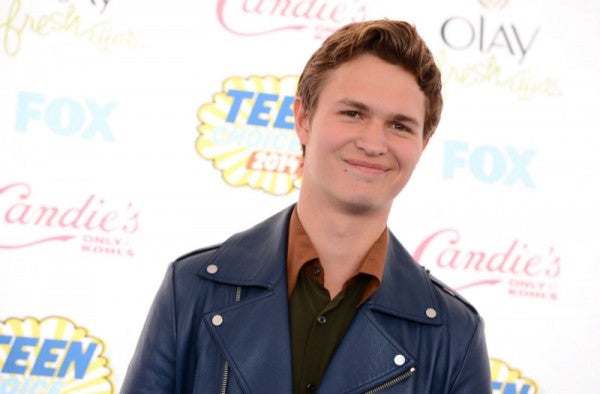 Ansel Elgort arrives at the Teen Choice Awards at the Shrine Auditorium on Sunday, Aug. 10, 2014, in Los Angeles. AP

LOS ANGELES – Demi Lovato kicked off the Teen Choice Awards with a performance and a win.

After belting out her tune “Really Don’t Care,” the singer-actress picked up the surfboard-shaped trophy for choice summer song at Sunday’s fan-favorite extravaganza honoring movies, television, music, comedy, sports, fashion and the Web.

“I want you guys to know that instead of just getting here and saying a speech, every single one of you deserves to have a happy and incredible life, so be the best you can be in everything because your dreams can come true if you work hard for them,” Lovato told the roaring crowd of teenagers.

“I don’t surf or anything, so I guess I’m gonna put this on my wall,” said Elgort of the unique prize.

Tyler Posey of “Teen Wolf” and Sarah Hyland of “Modern Family” are hosting Sunday’s ceremony at the Shrine Auditorium in downtown Los Angeles. The show is featuring musical performance from the groups Magic and Rixton, as well as appearances by Kellan Lutz, Chloe Grace Moretz, Cody Simpson, Hailee Steinfeld and Zendaya.

A recent water main break flooded the Teen Choice Awards’ original venue at UCLA’s Pauley Pavilion and the show was hastily moved across town to the Shrine Auditorium adjacent to the USC campus.