All sorts of ‘selfies’ 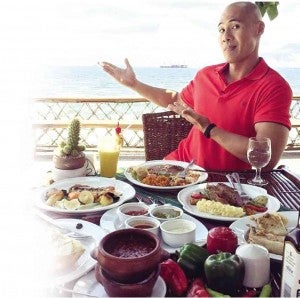 We don’t really go for TV shows that just come up with predictable lists of “dissa” and “data,” but we sure were glad when we caught “Ang Pinaka” on GMA News TV recently, because it was unusually topical, drawing up a diverting list of different kinds of “selfies” that many people like to take of themselves.

Since selfies have become really trendy, with stars like Ellen DeGeneres and even top political leaders like Barack Obama indulging in them, the show’s recent installment was particularly interesting, and said a lot about how “selfie-takers” see themselves—and how they want to be seen!

Selfies are supposed to be spontaneous and honest “instant portraits” of their subjects and whatever it is that they’re doing at the moment. In fact, however, there’s a lot of “editing” and “highlighting” involved, as the “self-photographers” exercise great selectivity and send out on the social media only those images that show them at their best, most appealing, most idiosyncratic—or whatever trait it is that they want to “project!”

Fully cognizant of this “ulterior motive,” the “Ang Pinaka” people came up with rather witty ways and “categories” to illustrate the many functions that selfies now play in our “gadget-projected” lives:

There’s the “gym selfie,” taken as we build up our bodies to make them more attractive and to increase our “market value.”

Then there’s the “wake-up” selfie, taken the very second we wake up, even before we go to the bathroom to take a tinkle, or before we rub away the drool and overnight secretions from our mouths and bleary eyes.

What’s the point to such an avid and complete absorption in how we look? The show suspects that we want to show that we can look good and cute just the way we are. Well, that’s what we fondly and foolishly think!

Also idiosyncratically instructive was the show’s section on “hospital” selfies, with patients “documenting” their own illnesses, tubes sticking out of their veins and nostrils! Is this a patently obvious play to gain sympathy, as in “misery loves company”?

Particularly loopy was the category called “duck face” selfie, in which the subjects all pursed their lips like high-fashion models! Trouble was, only the exceptionally beautiful could get away with the artificial pose, while the rest of us just end up looking like—Donald and Daisy Duck!

The show’s host, Rovilson Fernandez, also suspected that people resort to this pursed-lips look to appear much thinner than they really are!

Even weirder is some people’s penchant for taking selfies in the toilet! Even while seated on the “throne!” Why this “self-invasion” of one’s privacy? Beats us!

The “sexy” selfie makes more sense—we’re trying to turn the viewer on, so we get more dates on Saturday night!