Relax, Ghibli fans, the Japanese animation studio is not dead yet 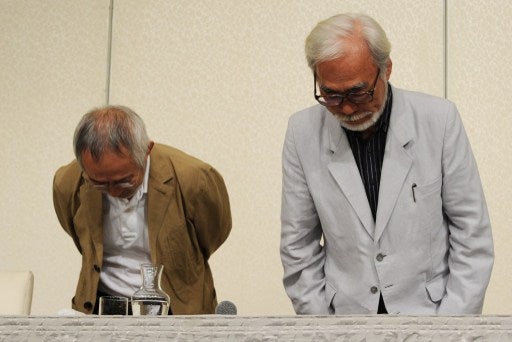 Contrary to some online reports, Ghibli producer Toshio Suzuki did not say the studio would pull the plug on production.

On a documentary that aired on the Japanese network TBS on Sunday, he said the studio would “pause” production to think about how to rebuild itself, reported gaming website Kotaku.

The demise of the studio has been predicted by its own co-founder, Hayao Miyazaki, the animation giant behind hits such as 2001’s Spirited Away, who retired from film-making last year. In last year’s documentary The Kingdom Of Dreams And Madness, he is reported to have said of the studio: “The future is clear. It’s going to fall apart. I can already see it.”