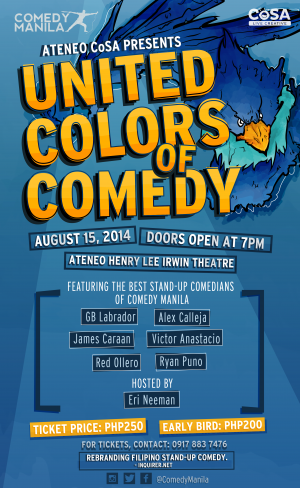 MANILA, Philippines–After captivating young hearts during its first ever campus show, Comedy Manila is back in the student zone to win some more.

This coming August, the group is set to shower the Ateneo de Manila University with its stomach ache-inducing yet socially-related eye-opening gags.

Tickets to the show are priced P250 but early birds may get them at P200.