Woody ‘always disappointed’ with every movie he makes 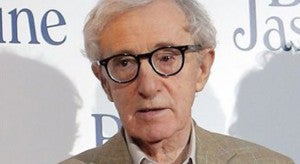 Throughout his long career, Woody Allen has been fascinated by magic, a theme he’s explored frequently onscreen: Playing a magician in “Scoop,” sending Owen Wilson on time travel in “Midnight in Paris,” pulling Jeff Daniels out of a movie screen in “The Purple Rose of Cairo.”

And though one might think, with the wave of terrible publicity he went through earlier this year, that a bit of magician-like escape into a bygone era or a movie screen is just what he might prefer, Allen is doing anything but disappear.

He’s actively promoting his latest, the lighthearted period romp “Magic in the Moonlight,” even as he’s busy shooting his next movie in Providence, Rhode Island.

But anyone who expected Allen to speak further on the personal issues that arose last year—the revival of accusations by his adopted daughter, Dylan Farrow, that he abused her when she was 7—will be disappointed. The 78-year-old director has held true to his word that he would say nothing further, following a February letter to the New York Times in which he vigorously denied the allegations.

The question does remain whether Allen’s personal issues might affect the public reception of his new film, which stars Colin Firth as a cynical stage magician and Emma Stone as the young spiritualist whose magical powers he seeks to debunk.

So far, reviews for the new film have been mixed. In any case, Allen himself says he long ago stopped trying to figure out how his movies will be received.

“I have no idea,” he said in a telephone interview with the Associated Press, when asked about prospects for “Moonlight.”

“I’m always disappointed in each movie when I’m finished,” he explained, “because there’s a big difference between the fantasy you have when you’re home writing the thing, and you think, this is going to be so great … and then you actually have to execute it, and Emma Stone can’t possibly walk across the room as fast as you pictured, because no human can … And so I’m always disappointed, and I never have an idea which ones are going to resonate with an audience.”

Firth’s character Stanley exudes the same cynicism about magic and spiritualism that Allen feels. “He’s a magician who’d love to be proven wrong,” said Allen.  Especially because “he knows that life is a tough, brutal, grim, meaningless grind full of heartache and tragedy, accruing to nothing.”

He added: “In the end, you realize that you’re just a human being on the face of the earth, an insignificant agglomeration of cells and neurons, and eventually that expires, and eventually everything expires. It’s terrifying.”

Allen said the best antidote was distraction, a gift he’s been trying to give his audiences for 50 years. But does experience make him a better director?

“I wish that were true,” he said, ruefully. “In an art form, you start from scratch all the time. You gain a little technique over the years. But inspirationally, that’s in the lap of the gods.