MANILA, Philippines- The lawyer of actress Claudine Barretto, Atty. Ferdinand Topacio, insisted that the photos he posted on Twitter showing the actress wounded and battered were real and not fabricated.

The photos he posted showed how make-up supposedly hid the bruises in Barretto’s face. 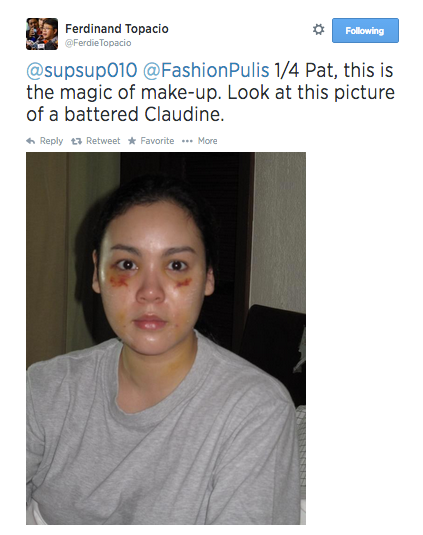 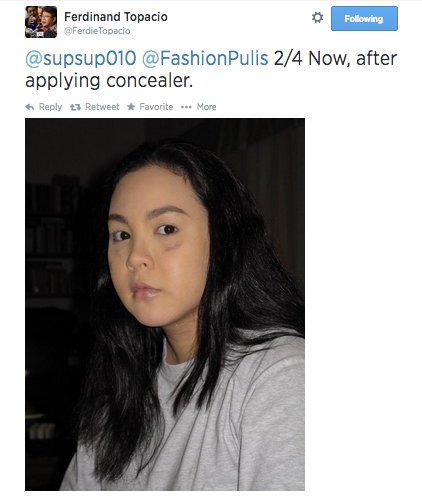 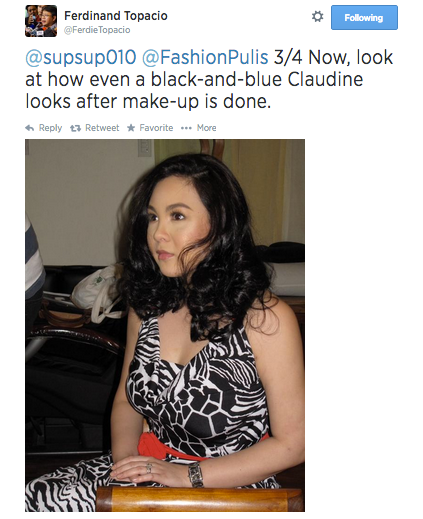 The lawyer, in one of his Twitter posts, said: “We are not making this up. The scars have been there all along. In conclusion, no woman would deliberately make herself ugly. Who inflicted them? I leave it to you guys.”

Last week, the actress, who claimed herself as a battered wife, had a photo shoot that showed severe wounds on her thighs, some are allegedly due to burns from cigarette butts.

Barretto said the photo was intended to raise awareness and help people who are in the same situation as her.

Meanwhile, the camp of her estranged husband Raymart Santiago, denied accusations that he was behind Barretto’s wounds and bruises.

In a story published on entertainment website PEP.ph, Santiago claimed the wounds and bruises the actress had were not because of domestic violence but due to a “post-surgical procedure” she had in 2010.

The camp of Santiago even sent photos showing him and his estranged wife after her operation.