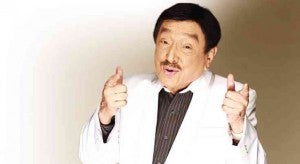 King comic Dolphy is being lovingly remembered on his birth and death anniversaries this month, so he may no longer be with us—but, what do you know, he’s still very much around!

That goes to show how deeply people appreciate his contributions through the years—perhaps not any single exceptional performance as such, but his entire comedic essence, which had a decidedly welcome “lightening” and enlightening effect on the local show biz scene, and his fans’ lives.

What made him different from other comedians was precisely that signature “light” touch of his. Where other comics hit viewers on the head with their jokes to practically force a laugh out of them, Dolphy focused on the soft, inviting, inveigling approach, establishing a smiling, “winking” camaraderie with viewers that made them feel that they were “in” on his playful view of life—and knew exactly what he felt! 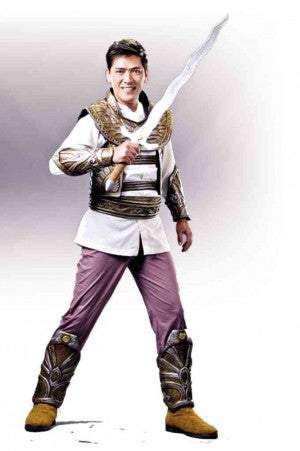 VIC SOTTO has opted for the “soft” touch, like Pidol.

Thus, even when he was playing garish gay gargoyles, viewers’ reaction was still warm, not dismissive. But, he was at his best when he played Everyman roles, the poor schmuck who toiled at a thankless job for his thankless family, but chose to live life with a contra mundum lilt and laugh, instead of a cynical grimace!

Yes, life for Everyman is no bed of roses, but that doesn’t mean he should stop smelling them, and choke on its—neuroses!

Now that he is “physically absent” from the scene, some people have been looking for the “new” Dolphy. The King is dead, long live his unwelcome successor and interloper?

It’s instructive to note that, while he may not lack for self-styled comedy princelings, nobody has been officially anointed by the viewing public as the new King Comic. That’s really as it should be, because any self-proclaimed “heir” would quickly be shot down by a volley of divisive hoots!

Even Dolphy’s real scion, Epy Quizon, who’s a deft and fey comic in his own right, says he would never dream of approximating his father’s unique persona, which is his and his alone!

Which is not to say that Epy won’t end up being a fine comedian in his own way—but, he knows he has to do it without banking on “reflected” glory! 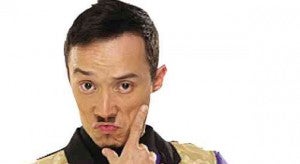 Ditto for Vic Sotto, whose career in comedy and allied fields in entertainment has zoomed up of late. It’s interesting to see that, like Dolphy, Vic has opted for the “soft” approach in comedy—but, in his own way. Where Dolphy was Everyman, Vic comes across more like the laid-back, sheepish lothario who’s pleasantly surprised to see that he has such a “potent” effect on the female of the species!

Aside from Vic and Epy, the major talents on the comedy scene include impersonator Willie Nepomuceno, who’s sui generis; Vice Ganda, the country’s first “exclusively gay” TV-film superstar; and, on the female front, Tessie Tomas and Eugene Domingo.

Each of these promising talents is making it in his or her way—which is as it should be, because what comedy is really “selling” is a personal, antic view of life. From up above, nodding wisely and winking conspiratorially, King Comic Emeritus Dolphy would puckishly agree!