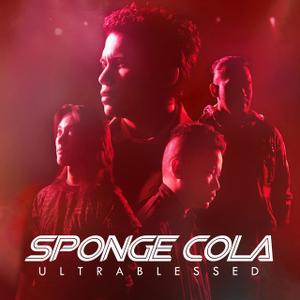 For a local mainstream band like Sponge Cola to be able to release four consecutive studio albums that were all commercially successful and which garnered back to back hits are not only highly impressive but also speak well of their lasting appeal. Those are the two reasons I have decided to do a proper album review of their fifth studio-release “Ultrablessed”.

What is in store for long-time fans of Sponge Cola in their latest effort? For those who haven’t purchased the album yet, what can they expect? We will find out below the answers.

Here is my review of the best tracks of “Ultrablessed”.

Track 1. “Hawla” — Sponge Cola’s fifth studio-release starts off with a strong opener that should cater especially well with long-time fans of the band since their indie days.

Why?  “Hawla” does have a faster tempo which can be heard right after the intro and this reminds me of some of the earliest singles that had been released by the band from way back in the early 2000’s.

“Hawla” has a more “complete band sound” than the rest of the other tracks in “Ultrablessed”.

Track 3.  “Anting-Anting” Featuring Gloc-9 and Denise Barbacena — This is the second single to be released from “Ultrablessed”. The first thought that crossed my mind after listening to this track was that this was truly a collaborative effort rather than it being just a single artist getting to showcase his musical chops!

Why? In here, you have two “heavyweight acts” representing their respective genres working together for a united cause of maximizing the potential of this single. This effort raises the bar to a certain degree for other similar acts from both scenes to follow should another team-up like this come calling in the near future.

Plus, I found “Anting-Anting” a treat–you get to hear two very popular local acts perform together while they are still in the prime of their careers !

Track 5. “9 to Sawa” — This has to be one of my favorite tracks in ‘Ultrablessed’. The reason is that Yael Yuzon proves here that he is not only an efficient songwriter; he is more than capable of composing songs to which listeners can readily relate. In fact, some of his lyrics have some “bite” in them as well–a characteristic that is so reminiscent of 90’s local pop rock bands.

Why? There is a funny line from the first verse which really is a “verbal jab” thrown at a professor who was making indecent moves on one of his female students. Is Yael alluding to a professor he once had in his college days?

This is one of the noteworthy features of select songs of Sponge Cola, as mentioned above, that you aren’t really sure if Yael is sharing with his listeners personal tidbits, or things he has observed, or those he has been through in his life. Or is he telling a new story altogether? Well, whatever it is, “9 to Sawa” is a fun song!

Track 9. “Singapore Sling” – This song marks the voyage Yael Yuzon took to find his way into the heart of his wife Karylle–a life changing event for Yael Yuzon that will, of course, have a direct impact with the rest of the band as a unit.

“Singapore Sling” is a romantic ballad. It tells their love story and how their common passion for music has played a major role in their lives. We will surely hear the couple make more music together soon.

Five studio-releases later, Sponge Cola still has a lot of “gas left in the tank” when it comes to their approach to the songwriting process and this is what has kept their succeeding albums 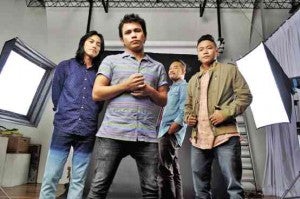 from sounding stale and completely predictable.

This is a strength of the band which has helped them build a positive reputation of being dependable with regard to releasing quality songs over the years that are both easy to listen to for everyone and yet, which songs show a quality of sophistication in them.

‘Ultrablessed’ is a testament to the band’s longevity and continuing appeal with all kinds of music aficionados and listeners… And the reasons Sponge Cola still matters in the year 2014.