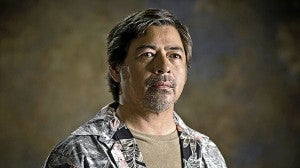 BACOLOD City—Multi-awarded actors and filmmakers have banded together to do an Ilonggo film which they hope to release not only in the Philippines but overseas.

Actors Joel Torre and Ronnie Lazaro on Monday said their long-term goal is to create an Ilonggo movie industry by making quality films that can vie for awards especially in international competitions.

For their initial venture, Lazaro said, they plan to make “Hutik Sang Taglugar (The Whispers of the Unknown),” to be filmed entirely in Negros Occidental with a cast of Negrense actors.

Lazaro added that, aside from Torre and himself, they’ve been talking to Susan Roces, Edu Manzano and other actors with Negrense heritage to join the cast.

Actor and scriptwriter Dwight Gaston said the film would be directed by Richard Somes, another Negrense.

On Monday, the actors met with Gov. Alfredo Marañon Jr. at the provincial capitol to seek his help in getting their project off the ground. They presented to him their vision for a Negros movie industry.

While their planned film would cost about P12 million, they said they expected it to make a profit of about P8 million in Negros alone.

Marañon said that while it is not possible for him to use government funds to help bankroll the film, he would help them find investors for the project.

“I will assist you 101 percent in convincing some people in the private sector to invest in the film,” he told them.

“If we can convince them that there will be a return on their investment, I am sure we can get funding,” the governor said.

With Torre, Lazaro and Gaston at the meeting with the governor were Joe Marie Sy, an actor who is also into advertising and marketing, line producer Riza Montelibano and Jesthela Lizardo.

In a presentation to the governor, Sy said their objective is to highlight Ilonggo culture, showcase its people, resources and natural beauty, and encourage tourism.

They also want to provide additional employment opportunities for Negrenses and effect a technology transfer through workshops, apprenticeships and actual on-the-job training, he said.

“Mga Hutik Sang Taglugar” is a story of friendship, love, trust and greed, set against the breathtaking beauty of Negros Occidental, he said.

Sy noted that three years ago, an Ilonggo movie, “Yanggaw” (Affliction) was shown on cable TV channel Cinema One and became a phenomenal hit in Negros, Iloilo and other parts of Western Visayas.

Inspired by “Yanggaw’s” success, the team that is behind it is all set to make another all-Ilonggo movie, Sy said.

He hopes “Mga Hutik sang Taglugar” would be ready to premiere in Bacolod on May 3, 2012.