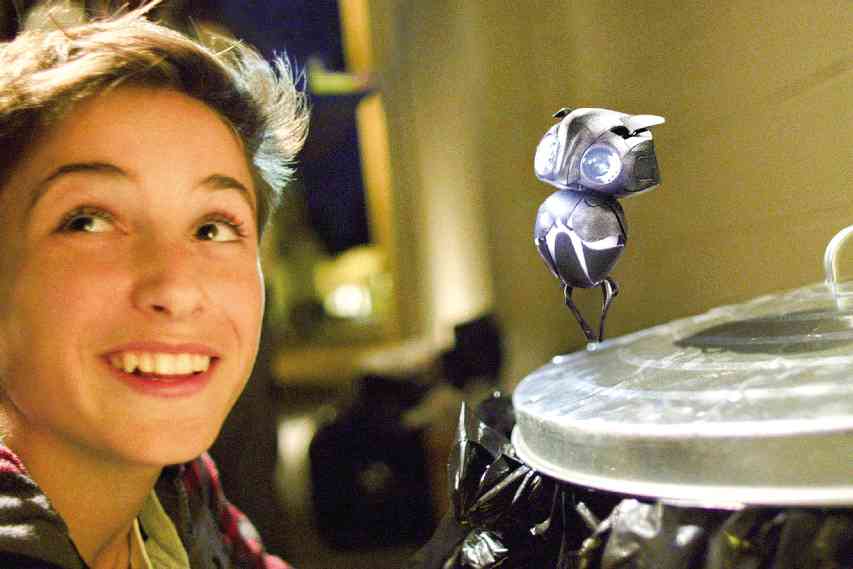 Some new movies feel much too familiar—or, as some playful pundits put it, too “similar” for comfort—because they strongly call to mind some past productions that made their indelible mark on viewers’ consciousness—and subconscious.

First off, “Earth to Echo” is strongly reminiscent of Steven Spielberg’s iconic “E.T.: The Extraterrestrial,” a well-loved film about a little alien who gets lost on planet Earth, and makes friends with some kids (including then 4-year-old moppet, Drew Barrymore)—who help him get back to his spaceship, just in the nick of time for his long space flight home.

Quite unabashedly, “Earth to Echo” hits the same notes that “E.T.” did, except that its storytelling has been updated to appeal to today’s young viewers, as well as to accommodate all of the high-tech advances that have been made since the ’60s.

The next frankly “referential” movie to hit town is “Dawn of the Planet of the Apes,” which comes across as a “revival” production for the “resting” “Apes” film series.

As with “Echo” and “E.T.,” “Dawn” has been updated. It focuses on a planet Earth that is disturbingly different, especially in the way that its ape population has practically taken over the land. In fact, its leader, Caesar, has acquired human speech—and all of the psychological and developmental advantages that go with it.

Come to think of it, some of the old “Apes” films also featured advanced simians who could speak not just intelligibly but even elegantly! That’s why they were played (wearing ape masks and head pieces) by such renowned thespians as Maurice Evans and Roddy McDowall.

In the 1968 production, which was very well-received, Charlton Heston starred as the leader of a group of surviving astronauts that comes back to planet Earth to find a future world where apes are the masters.

Not just that, they have reduced the surviving human population to the level of slaves! Talk about role-reversal—that really takes the cake.

Another “Apes” movie was produced, to less acclaim. A 2001 revival pretty much went through the same storytelling as the first production, but was directed by Tim Burton and starred Mark Wahlberg.

The question now is, do we need another “Apes” movie? The fact that it’s a new generation of viewers out there should work in the new production’s favor, because in their eyes, it won’t be rehashing a weary, old tale.

TAGS: Dawn of the Planet of the Apes, E.T., Earth to Echo, Movies, Nostalgia, reimagining