Ed Sheeran slinks out of his comfort zone 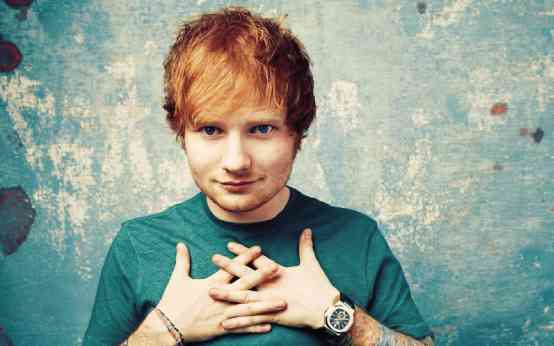 Early in his relatively brief performing career, red-hot British singer-songwriter Ed Sheeran read that James Morrison (“Broken Strings”) had performed 200 gigs in one year. To motivate himself, he aimed to top Morrison’s impressive feat and, in 2009, sang in 312 concerts!

As his second album, “X,” indicates, Sheeran’s achievements go beyond the number of concerts he performs in—and we’re not just talking about his chart-topping duets with Taylor Swift (“Everything Has Changed”), his compositions for One Direction (“Little Things,” “Over Again”), his movie theme songs (“All of the Stars” from “The Fault In Our Stars,” “I See Fire” from “The Hobbit: The Desolation of Smaug”), or his career-boosting singles (“The A Team”).

With his unruly red hair and geeky, Jason Mraz-channeling countenance, Ed certainly doesn’t look like the pop heartthrobs he writes songs for—so, he lets his multifaceted music do the talking!

“X” sees the 23-year-old recording artist jumping enthusiastically out of his comfort zone, waxing neo-soul/funk confections (the irresistible “Sing” recalls the hip, urban vibe of Justin Timberlake) that neutralize the cloying aftertaste of his “earnest” ballads, like the falsetto-fueled, Pharrell Williams-produced “One” and the plaintive “Photograph”: “When I’m away, I will remember how you kissed me under the lamppost on Sixth st./ (Or) hearing you whisper through the phone/ Wait for me to come home.”

“Tenerife Sea” has short albeit stunning harmonies. In it, Sheeran examines how he sees himself in the midst of Tinseltown’s hedonistic lifestyle. The unique ballad was reportedly written after Ed attended the 2013 Grammys, where he felt “a bit left out” because, as he sat there with his parents, the other performers were “doing drugs!” —Welcome to Hollywood!

Even more impressively, the guy doesn’t just sing well, he raps just as proficiently—as he demonstrates in the toe-tapping “The Man,” “Runaway” and “Take It Back” (in the recording’s deluxe edition, about his struggles as a penniless performer), in which he “gracefully” delivers: “I’m not a rapper/ I’m a singer with a flow/ I’ve got a habit for spitting quicker lyrics, you know.” —Eat your heart out, Eminem!

It’s even harder to ignore Sheeran when he gets personal: He wrote “Afire Love” two weeks before his grandfather, who was stricken with Alzheimer’s disease for 20 years, passed away. “I’m A Mess” and “Thinking Out Loud,” his favorite track in the album (because “it’s the lineup’s only happy tune”), are about his ex-girlfriend, while “Nina” reminisces about a beautiful teenage romance that ended in heartbreak, because “I’m away too much.”

“Don’t” launched a guessing game among music critics and Sheeran’s followers. It was initially chosen as the album’s lead single, but was passed over in favor of the upbeat and “more commercial” “Sing,” because the performer felt that its content was “a little too personal.”

The track, which contains interpolations of Lucy Pearl’s “Don’t Mess With My Man,” is about a cold-hearted ex-girlfriend, who also happens to be a pop star, who cheated on Ed with a close friend!

Could it be Taylor Swift or Ellie Goulding (who has laughed off rumors on Twitter about ever dating Ed)? Its lyrics are revealing and sometimes scathing: “Me and her—we make money the same way/ Four cities, two planes the same day/ Wish I’d have written it down/ The way that things played out/ When she was kissing him.”

Sheeran quipped, “It’s 100 percent not about Taylor (the “queen” of celebrity breakup songs)! I played the song to her and asked if she thought it was too harsh.” Swift’s answer: “I don’t ever want to piss you off!”