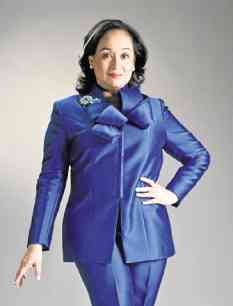 We watch many TV dramas in the course of our viewing week, but too many of them are of the predictably loud, strident and grandstanding sort, so the less said about them, the better.

However, there are a few exceptions to that desultory rule that we can approvingly highlight, in the fond hope that other, lesser actors will take their thespic cue from them, and improve their own portrayals, as well:

On “Ang Dalawang Mrs. Real,” the best performance is being turned in, not by the series’ lead players, but by Coney Reyes in the supporting role of Dingdong Dantes’ mother. What makes Coney’s acting better than the rest is her total commitment to the strong emotions that her character feels when she is shocked to discover that her son has been cavalierly toying with the feelings of his two loves.

Coney’s combination of love for her son and anger at his callow duplicity is grippingly and grittily moving and convincing, and it would be great if other TV actors could be as empathetically believable.

On “Sana Bukas Pa Ang Kahapon,” Bea Alonzo is still doing well in her dual roles, but the most dynamic addition to the series’ stellar cast is Nikki Valdez, who’s cast as  the convict who ostensibly befriends her “Rose” persona—but actually has dark designs on her.

True enough, last June 25’s telecast featured a huge explosion and somebody important died—all due to Nikki’s scheming or at least enabling machinations!

What makes Nikki’s portrayal exceptional is her ability to come on strong from the get-go. Since her character had entered the drama series in midstream, she isn’t given much time to get viewers to focus on her—and yet, they quickly do that, because her performance is so crisp and vivid.

On the other hand, on “Dyesebel,” Ai Ai delas Alas is falling short of the mark as the title character’s adoptive mother. She didn’t fare too badly in the series’ early scenes, but now that her character is being accused of “emotional usurpation” by Dyesebel’s real mother (Dawn Zulueta), Ai Ai isn’t able to measure up to Dawn’s focused and “fierce” performance.

In addition, her “garalgal” voice placement further fudges up her portrayal—so, Ai Ai should really steer clear of dramatically demanding characters like this, from here on in.

Similarly deficient performances are also being turned in by Julia Barretto on “Mirabella,” Maricel Soriano on “Mrs. Real,” Barbie Forteza on “The Half-Sisters” and Kim Chiu on “Ikaw Lamang.” What’s their problem?

Julia’s character is being made to go on the “vengeance” trail too suddenly, and she simply can’t believably manage the excessively radical shift.

Maricel’s otherwise acceptable portrayal on “Mrs. Real” is being diminished by her nervous facial mannerisms when she’s in the throes of full emotional display—better thespic judgment and selectivity are decidedly in order.

On “The Half-Sisters,” Barbie is too weak and phlegmatic to register as a dynamic lead player—she should be given more time to grow up and get her act together.

As for Kim Chiu, she has been made to run the gamut of practically all emotions on “Ikaw Lamang,” so she has little left to offer now that’s fresh and new!

—All of which goes to further underscore why we value the performances of “exceptions” like Coney Reyes and Nikki Valdez as much as we do!