Please be careful with her heart 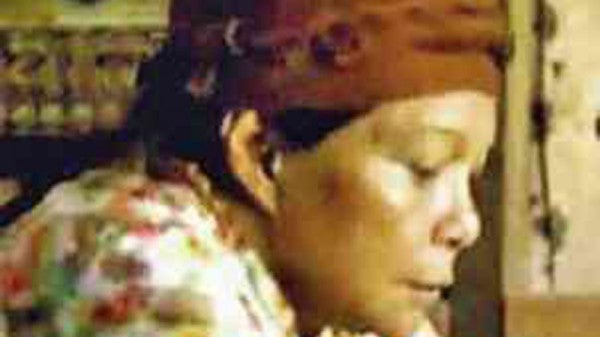 NORA Aunor in “Thy Womb,” for which she has won global acclaim

I’ve been watching this reality drama starring Nora Aunor. Unlike my favorite “Be Careful With My Heart,” which has no villain, this La Aunor telenovela has a contravida.

President Aquino’s [initial] nonresponse merely fueled speculations—that he is a Vilmanian; that his sister Kris had a hand in all this; that Nora is in this situation because she campaigned for Ferdinand Marcos, Joseph Estrada and Gloria Macapagal-Arroyo (and because Gloria has a mole like Nora’s).

The actress broke her silence with finesse, admitting that she was hurt but thanking the people who had enthroned her in their hearts.

I wonder how President Aquino’s excuse that he dropped Nora’s name because she is a “convicted” felon will pan out. It has left me thinking, though: If I made a blunder, corrected and straightened myself out, should I be condemned forever? What is the point of rehabilitation if one would be disrespected forever, just the same?

My elders taught me that, even if I had sinned, I’d have a shot at heaven if I repented. Even sinners can become saints. Nora never claimed to be an icon of purity.

Now, just when some people have brushed off Nora as a has-been, she is the most talked-about person in the country. Like it or not, her place in the Philippine society is ensured. She is a sociological phenomenon.

Someone should write a scholarly study of Nora’s connections with (and disconnections from) Philippine presidents.

Like many other Filipinos, I love the underdog. If this were a battle, it would be like the one that David and Goliath fought, a conflict between the elitista and the masa, and between a haciendero and an ex-ambulant water vendor.

The more I read of the events and watch the news on television from where I sit, it becomes increasingly more like an unedited Nora starrer, in which the gifted singer/actress rises and falls, and rises again.

It seems to me that this Aquino presidency will be long remembered as the one that snubbed the people’s choice for national artist. Ulysses Baniga, Los Angeles, California, ([email protected])