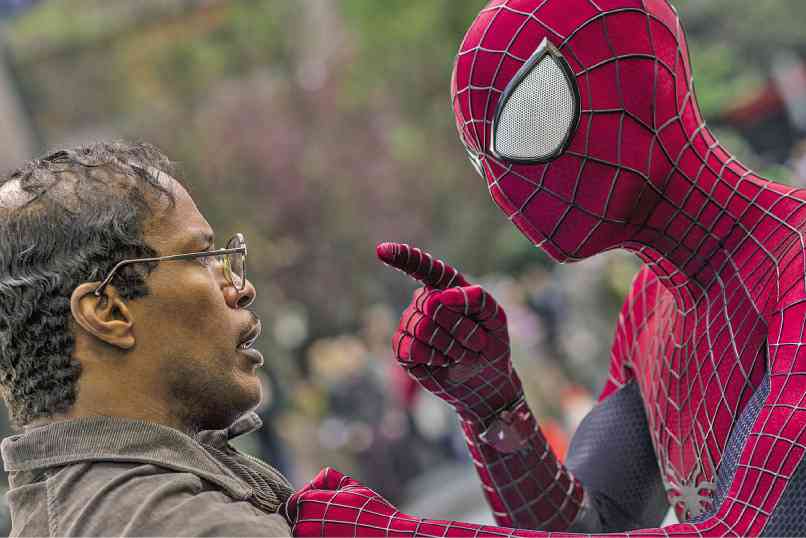 “SPIDER-MAN 2.” Why should viewers have to watch big-budget films like this in “blanket” release?

Some film buffs are up in arms over prevalent distribution and screening conventions that unduly favor the release of blockbuster action-fantasy productions over smaller but more substantial movies.

Recently, for instance, local cineplexes were dominated practically across-the-board, by the release of “Spider-Man 2,” which was immediately followed by “Godzilla”—which, in turn, was followed by the new “X-Men” film!

So, if you aren’t a diehard fan of blockbusters and would like more variety and meat to your film diet, you’d have to temporarily swear moviegoing off, or use extra smarts to hunt down the non-blockbuster production that somehow manages to squeak through the “blanket release” industry practice.

Now, we have nothing against good, well-produced blockbusters, but it’s no secret that the current crop has more misses than hits. So, why should viewers be practically forced to patronize them, just because it’s current and very profitable practice to favor them, due to the huge audiences and grosses they assure, in practically kneejerk fashion?

Time was when local and global film-release practices weren’t so biased in favor of big-budget and huge-profit productions. Instead of running for only one “blitzkrieg” week, as is often the distribution practice these days, movies were allowed to define their own arc of popularity and longevity.

In other words, they stayed on a theater’s screen as long as there were enough people watching them from week to week to make it worth the theater owner and producer’s while. Thus, there were non-fantasy films like “The Sound of Music” that stayed on the screen for months, and some religious movies like “The Ten Commandments” also enjoyed a very long run.

On the other hand, if a fantasy-action blockbuster didn’t prove itself up to snuff, its screening schedule was abridged, unlike current practice that gives blockbuster productions at least one whole week of release—before it’s replaced by another blockbuster!

This is a big problem for film buffs when their neighborhood cineplex has only four or six screens. When they’re dominated by one blockbuster each week, his viewing options are severely limited. So, he has to go to a larger cineplex, with 10 or 12 screens, where the options can be more varied.

Why is the “blanket release” mode favored by distributors and theater owners these days? Because it gets the biggest mileage out of advertising budgets, getting viewers all over the globe excited to see a big production now, not next week, when it may already have been replaced by another biggie. This makes great sense from a business and profit point of view, but it’s unfair to film buffs who want more than ceaseless cinematic sturm und drang (and fantasy efforts) in the movies they watch!