Last Tuesday, we braved the rains to attend the launching press con for an important religious conference, the 51st International Eucharistic Congress (IEC), which will be held in Cebu on Jan. 24-31, 2016.

The launch at the Arzobispado de Manila in Intramuros was made even more significant and auspicious by the presence of all four of our Filipino cardinals, Vidal, Rosales, Quevedo and Tagle—truly an “all-star” cast of leading spiritual lights that made everyone present realize how importantly the Eucharistic Congress was being regarded by the Church.

After all, it’s only the second time that such an event is being held in this country, after the first Eucharistic Congress in Manila, way back in 1937.

So, everyone involved is making sure that many Filipino Catholics are informed and motivated enough to attend the week-long congress in Cebu early in 2016, and that the expected 5,000 delegates from abroad will be similarly excited about making it a “must” to come to the Philippines to participate in the congress.

It will provide attendees the rare opportunity to gather from different parts of the country and the world to celebrate the Eucharist, the sacrament in which Jesus Christ gives Himself to us, that we may in turn give ourselves to Him and to others. 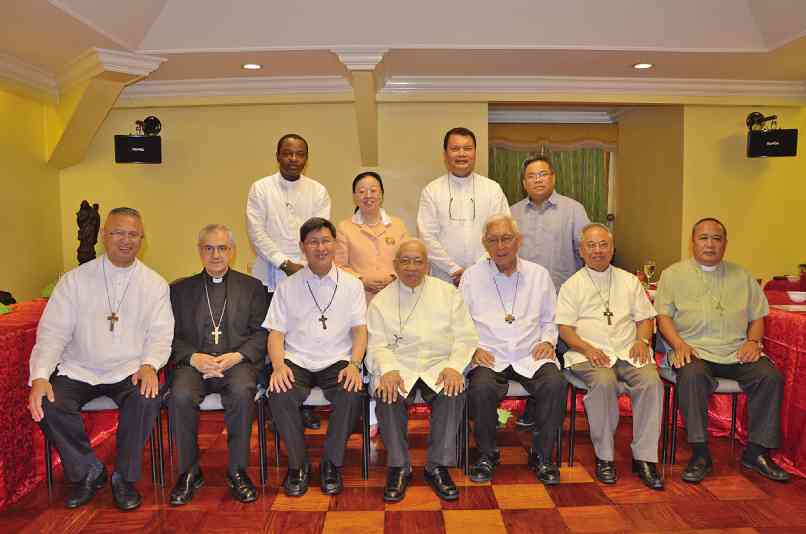 This is the heart and essence of the Roman Catholic faith, so it must be periodically renewed and made dynamic by Eucharistic Congresses that lead to a deeper understanding of the Mass and the spiritual and social implications of the Eucharist in our individual and communal lives.

What activities can attendees in January 2016 expect to participate in? There will be daily adoration of the Blessed Sacrament, a series of catechetical discussions focusing on the different dimensions of the Eucharist, daily confession, a Eucharistic procession, cultural presentations, etc.

Why was Cebu chosen as the congress’ site? Its significance is related to the nine-year “novena” for the 500th anniversary of Philippine Christianization in that part of the country in 1521.

Will Pope Francis grace the key event? The Pope generally doesn’t attend such congresses, but there are intimations that he might come to the Philippines early next year, so it is hoped that he will promote IEC during that much-anticipated visit to manifest his solidarity with Filipino victims of disaster.

Catholics are encouraged to attend the IEC in Cebu on January 2016. Every diocese in the country has its IEC coordinator, so contact him or her. You can also help boost the event by securing promotional materials from the National Secretariat Office. Call 722-0676 or 0917 805-0864.

The Cebu congress’ theme is “Christ in You, the Hope of Glory.” Make that inspiring clarion call a reality in your life by being a part of it!