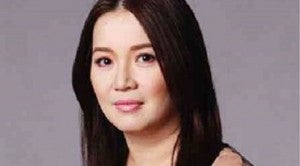 “Silence is better than BS,” Aquino said on her nightly talk show “Aquino & Abunda Tonight” which she co-hosts with Boy Abunda.

“I have to respect what their (Revilla) family is going through…but I also believe that my brother’s conscience is clean that’s why he has the courage to run after (those who did something wrong),” she said.

Revilla, along with Senators Jose “Jinggoy” Estrada and Juan Ponce Enrile, is facing charges of plunder and malversation of public funds for the alleged misuse of his Priority Development Assistance Fund (PDAF).

Revilla’s speech, music video not a hit among netizens