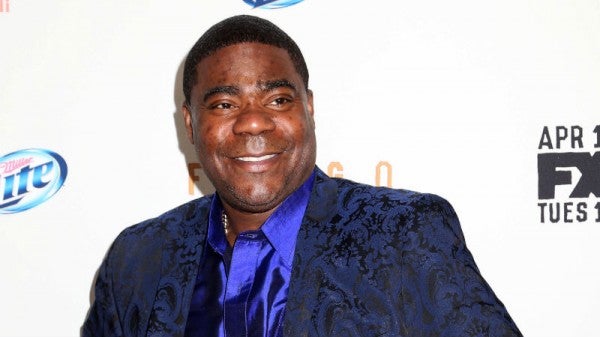 NEW BRUNSWICK — Actor and comedian Tracy Morgan remained hospitalized as US officials continued an investigation of a six-vehicle crash in New Jersey that took the life of a Morgan friend and left two others seriously injured.

Morgan, 45, was in critical condition and his family arrived to be with him after a tractor-trailer rammed into his chauffeured limousine bus carrying seven people, his spokesman Lewis Kay said.

A truck driver was charged with death by auto in the Saturday crash that killed comedian James McNair, described as a mentor to the former “Saturday Night Live” and “30 Rock” cast member.

Thirty-five-year-old Kevin Roper, of Jonesboro, Georgia, also faces four counts of assault by auto, Middlesex County prosecutors said. His bail was set at $50,000, and he was expected to turn himself in. It wasn’t immediately clear if he had an attorney.

McNair, 62, of Peekskill, New York, who performed as Jimmy Mack, died when the limo overturned on the turnpike, Williams said.

The National Transportation Safety Board said it was working with state police to look at any issues in the crash related to commercial trucking and limousine safety.