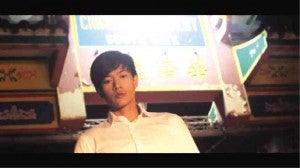 RONNIE Liang considers the shoot an “exposure trip” that took him to unfamiliar areas in the city, like the Chinese cemetery. INQSnap this page to view the trailer and more photos!

Don’t count him out just yet.

The recipient of the Cinema One Originals lifetime achievement honor last year, filmmaker Elwood Perez is not done making movies.

Quick on the heels of his Sineng Pambansa 2013 entry “Otso,” he finished shooting “Esoterika: Maynila,” the second part of a planned trilogy on the creative process.

The yet-untitled third part of the trilogy will focus on a filmmaker who is losing his memory.

Perez would be the first to admit that the trilogy could be considered autobiographical, in a roundabout way.

He cowrote most of his films with frequent collaborators Toto Belano, Orlando Nadres, Jose Javier Reyes and Iskho Lopez. When he took a break from movie-making in the 1980s, he dabbled in komiks writing and created the fantasy serial “Bagwis.”

As for the third part of the trilogy? Perez, who has just returned to the movies after 10 years, certainly seeks to immortalize his memories on screen.

He described “Esoterika” as a “tribute” film. “I am paying homage to all the people I admire through this movie.”

These were the friends and colleagues he met along his filmmaking journey, he said. “I want to make a film on learning, but I didn’t want it to be didactic. When I was young, my mother would often scold me for being pompous.”

For “Esoterika,” he collaborated on the script with Jessica Zafra. (The writer was recently hospitalized.)

The central character is a babe in the woods, an innocent lost in the big, bad city.

For the longest time, Perez searched for the actor to play his protagonist.

“A beautiful Chinese mestizo…Chino bello,” he described his hero.

It was back to the drawing board for Perez. 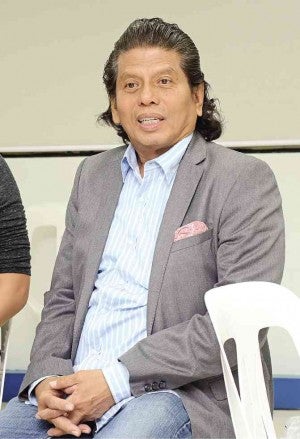 While driving along Edsa one day, he noticed a billboard for a local perfume brand and its endorser: singer Ronnie Liang.

He finally found his Chino bello!

“Ronnie’s character, Mario, is like a sponge. He has a keen understanding of the world, but he’s not trying too hard,” Perez said.

Liang, a runnerup in the reality talent search “Pinoy Dream Academy” in 2006, makes his film debut in “Esoterika.”

In a lot of ways, it was his baptism of fire. Liang described his role as “super sexy.”

He Googled Perez’s name and found out that his director launched the careers of not a few sultry nymphets in the 1970s and 1980s: from Rio Locsin to Claudia Zobel.

“He also made several award-winning movies starring Nora Aunor and Vilma Santos, so I knew I was in good hands,” Liang remarked. “He is a cabalen…from Pampanga like me.”

“Esoterika,” which is produced by Rex Tiri’s T-Rex Productions, gave Liang the chance to work with Vincent Tañada and his theater troupe. “I learned a lot about professionalism from them. I made sure to watch their play ‘Bonifacio.’ I’d like to try theater someday.”

He was also reunited with Boots Anson-Roa, who portrays a transgender in the film. “Tita Boots was one of our mentors in ‘Pinoy Dream Academy.’”

For Liang, the shoot was like an exposure trip to the sweaty, seedy underbelly of Manila.

“Direk Elwood shot guerrilla-style,” the neophyte actor recalled. “He took me to Intramuros, Quiapo, Chinatown and the University Belt. He wanted me to observe the crowd, to really get into character.”

One scene featured the annual Nazareno procession. “He made me join the mob,” Liang said. “[Costar] OJ Mariano almost got beaten up by the devotees because they thought he was a real pickpocket.”

“We have a cast of thousands,” Perez said, half in jest, half in earnest.