European miniseries is the new feather in Thea Tadiar’s cap 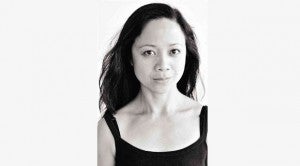 The latest name on that prodigious list is London-based actress-singer Thea Tadiar, who is currently riding the wave of accolades being heaped on the six-part Belgian miniseries, “Eigen Kweek (Homegrown),” which won Best Drama and Best Actress (for Sien Eggers) in Hasselt last March at the Flemish counterpart of the Emmys. So, news about the growing clamor for its second season comes as no surprise to everyone involved in the miniseries.

As a stage actress in Manila, she has appeared in, among others, “Magnificat,” “Spelling Bee,” “Avenue Q” and “The Vagina Monologues.” I directed and acted with her in a number of productions, so I grabbed the chance to catch up with her during my European jaunt last month. We had so much fun reminiscing about the good, old days that I almost missed a show!

Of course, I didn’t let Thea go without asking about her TV “dramedy” a la “Breaking Bad.” Set in the farming community of West Flanders, “Homegrown” follows the story of potato farmers, Jos (Dirk van Dijc) and his wife, Ria (Eggers), who are forced to grow weed after they lose their life savings to a bank scam.

Thea explains, “The series is inspired by two true-to-life incidents: The first one involved farmers who were arrested for growing marijuana, while the other was about Filipino mail-order brides—and this is where I come in. I portray Nenita Pineda, a pig farmer’s wife who brings in her sister from the Philippines, Julita (Fil-British Rhoda Montemayor), to marry the elderly couple’s son (Wim Willaert).

“As Nenita, I have a lovely home, but my husband is verbally abusive and treats me like a maid, then my sister comes—it isn’t a pleasant situation! How is she going to deal with the problems that come out of the intercultural mixes?

“It’s a trilingual show that cleverly fuses drama and comedy. It engages viewers’ attention because it doesn’t just tackle migration and the culture clash that ensues. People relate to it because of its realistic depiction of abusive relationships, which makes it universal!”

When she isn’t wearing an actor’s mask, Thea wears many hats: She dotes on her husband, actor-teacher Rycharde Everley, and their lovely daughters, Arianna and Seren. She teaches English to international students. And, she helps oversee the One Billion Rising campaign in the UK.

Thea may be busy, but her family keeps her grounded. She beams, “Rick brings out the funnier and lighter side of me. I’m stricter with our daughters, so he always reminds me when to ease off a bit. They give me such joy! What more can I ask for?”