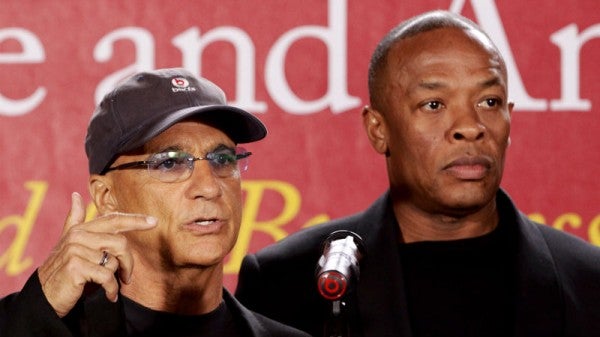 LOS ANGELES—It is a long way from the mean streets of south Los Angeles to becoming the world’s richest hip-hop star.

But that is the path set by Andre Young—better known as Dr. Dre—helped by some very cool headphones.

The 49-year-old rapper turned producer and entrepreneur is likely to find himself atop Forbes’s hip-hop rich list after a $3 billion deal to sell Beats Electronics to Apple was confirmed Wednesday.

Forbes said Wednesday the deal would boost his net worth from about $550 million to between $700 million and $800 million, making him hip-hop’s richest man.

“If you get a hip-hop artist who can establish a name and a basis of fame and wealth and then they’re smart enough to … make sorties into other parts of the culture … that seems a typical American story.”

Along the way Dre has discovered and worked with some of the biggest acts in music, including Eminem, Snoop Dogg, Combs and others.

He pioneered gangsta rap in a career that has seen him win six Grammy awards including one for producer of the year in 2001.

But it all started in the tough south Los Angeles neighborhood of Compton, where he was born in February 1965, to parents who divorced when he was a child.

Compton was well known for gang violence but also for producing hip-hop groups and rappers, including gangsta rap group N.W.A. formed by Young and Ice Cube, making their name with its debut album in 1988 “Straight Outta Compton.”

The record was criticized for violent language and triggered a warning from the FBI.

In 1990 he left the group to form Death Row Records, releasing his solo debut “The Chronic” in 1992 to huge commercial success. In 1996 he again left to form Aftermath Entertainment.

Shortly after that, rappers Tupac Shakur and The Notorious B.I.G. were murdered, prompting Dre to lay low for a few years.

His comeback came after releasing his second studio album in 1999.

He is credited with discovering and encouraging several hip-hop stars including Eminem and 50 Cent.

His 2001 Grammy success propelled him up the financial rankings, as he increasingly moved toward producing and business—co-founding Beats Electronics in 2008 with partner Jimmy Iovine.—Michael Thurston

The state of Pinoy Hip-Hop