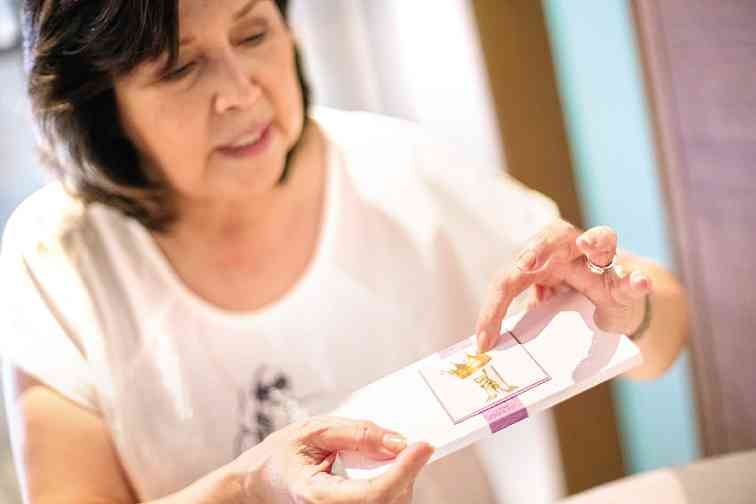 BRIDE-to-be shows off the wedding invitation—the crown represents the groom; the boots

“This second shot at married life for mom has taken the country by storm,” said TV host Chiqui Roa-Puno. 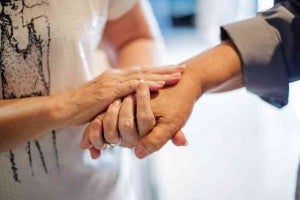 FRIENDS believe that Boots and King are a perfect match.

“Many were touched, moved and inspired by her story. She is the new poster girl for people seeking second chances. They’re all reaching out to her. We’re pleased that she is able to make other people happy,” Chiqui told the Inquirer.

Chiqui admitted, “We’re all excited for the wedding, for the whole family to be together. We can’t wait for mom to get started on her new life.” Chiqui is one of her mom’s matrons of honor, along with Vicky Anson-White, Leah Roa-Cuevas, Josefina Rodrigo and Elizabeth Velez.

Eddie Badeo designed the bridal gown. “It’s my gift to her,” said Eddie. “Ma’am Boots was my boss. I’ve been planning for many years to give her a really nice dress as a gift. I found the perfect opportunity when I heard of her engagement last November.” 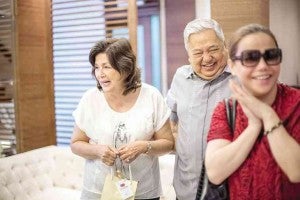 The Zen Institute Medical Spa, which sponsors Boots’ skin care, recently threw a bridal shower for the actress. Instead of throwing the usual dinner party, owner Dr. MJ Torres offered the use of her clinic’s facilities. Some 40 guests were invited, mostly Boots’ relatives, old family friends and members of her Balik Samahan group—stars from the 1940s, 1950s and 1960s. Both Chiqui and Eddie availed of the spa’s foot reflexology service.

Former actress Lilia Dizon, who was also present at the shower, said she had heard nothing but good words about the groom. “King’s sister Pempe and I are very good friends. She said Boots was blessed because King is a one-woman man. He was loyal to his late wife of 48 years.” 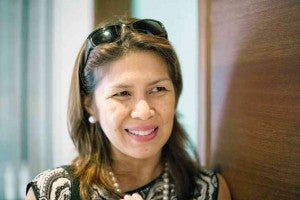 Chiqui described her “Tito King” as “a generous man” whom she learns from. “I look forward to more dinners when we all just sit down and he shares with us his past experiences, his vast legal knowledge or his views on life—and more opportunities to pick his brain.”

Actress Marita Zobel, whose late husband Boy Roxas was King’s son, said she liked the fact that the Rodrigos were “very close to the Lord.”

She added: “Boots is also very religious—bagay na bagay sila. They’re both happy people. I think they will be laughing together a lot.”