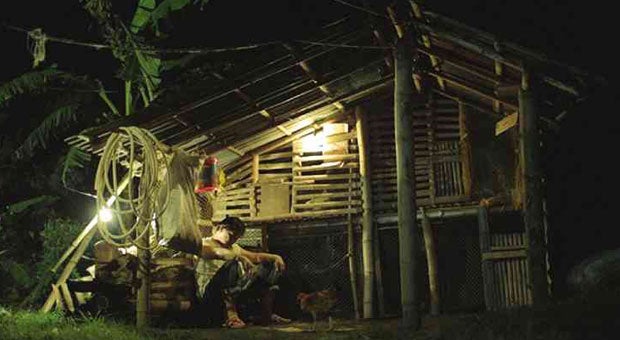 SCENE from Raya Martin’s “How to Disappear Completely,” hailed as “uncompromising, provocative.”

New Filipino Cinema, an annual five-day event at the Yerba Buena Center for the Arts in San Francisco, will showcase what the event website describes as “a comprehensive portrait of contemporary movies from the Philippines.”

NFC opens June 11 with Raya Martin’s “How to Disappear Completely,” and winds up June 15, with Brillante Ma. Mendoza’s “Thy Womb.”

While “How to Disappear Completely” is lauded as “an uncompromising, provocative… horror movie, experimental art film and political allegory,” “Thy Womb” is hailed as “a poetic saga of island life.”

Featured in the event are films from various local indie festivals—Cinemalaya, Cinema One, Sineng Pambansa and CineFilipino.

The website cites “Debosyon” as an “intoxicating exploration of the intersection between love and faith.” “Transit” is praised as a “stunning debut [that] uses shifting perspectives to paint a cumulative portrait of quiet tragedy.”

“Sana Dati,” on the other hand, “subverts expectations [and] plays around with the elements of the mainstream romantic comedy.”

“Ekstra” is summed up as a “clever satire of the telenovela formula.”

The Cinema One films on the list are Keith Deligero’s “Iskalawags,” Pam Miras’ “Pascalina” and Keith Sicat’s “Woman of the Ruins.”

According to the site, “Iskalawags,” set in Cebu and featuring nonprofessional actors, “uniquely captures the wonder, swagger and melancholy of adolescence.”

“Woman of the Ruins” is summarized as a “post-apocalyptic vision of a people clinging to old beliefs as the world crumbles around them.”

“Pascalina,” for its part, “captures all the rough edges of Metro Manila, revealing the monsters that lurk at every corner.”

Sineng Pambansa offers the “unsettling documentary” “Walay Tumoy na Punterya,” which takes a look at the world of illegal gun-making in Cebu.

A highlight of the event is the screening of the digitally restored version of Peque Gallaga’s 1982 film “Oro, Plata, Mata,” which is touted as an “epic… massive war-time tale.”

Curiously, Sean Ellis’ “Metro Manila,” a British film, made the list for its “atmospheric outsider’s perspective… and superb performances of its all-Filipino cast.”

After the five-day event, Lav Diaz’s “Norte, Hangganan ng Kasaysayan” (June 19-22) and Mendoza’s “Thy Womb” (June 26-29) will be shown at the Yerba Buena Center for the Arts.