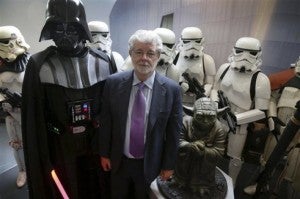 Abu Dhabi’s government-backed twofour54 media hub said Wednesday that the next installment of “Star Wars” is currently filming in the Middle Eastern emirate. It was the first official word from the Gulf nation that filming had begun.

Emirati officials previously had refused to confirm or comment on filming.

Speculation has been high about the shoot since government-backed UAE daily newspaper The National reported last month on apparent preparations for the filming deep in the desert. The paper later reported that the police and army had been deployed around the site to keep onlookers away.