A three-peat triumph for James 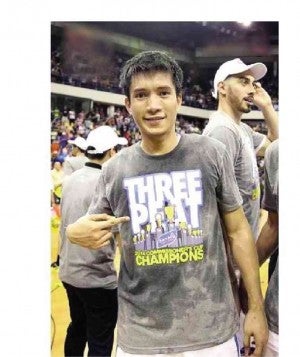 JAMES Yap celebrates rare victory with a specially made shirt. PHOTO from Instagram

I am overjoyed that the team I root for, San Mig Coffee Mixers (SMC), bagged the championship at the PBA Commissioner’s Cup. It was such a sweet victory for them because their opponent, Talk ‘N Text, was leading all throughout Game 4 of the finals. Too bad, I was not able to watch it live, but I congratulated my amigo, James Yap, via text.

It was a double victory for James since he was named Most Valuable Player (MVP) of the championship series as well. He called me up and shared his post-series thoughts. It’s always fun talking to him because we both speak his native dialect, Hiligaynon (Ilonggo).

“I didn’t expect to be  MVP. My MVP award is just a bonus,” James said. “What’s more important is that our team  won three times in a row.”

To celebrate their “3Peat Feat,” the SMC team had a victory party at Diamond Hotel last May 17. James also had his own little celebration by having dinner with  his fab Italian girlfriend Mic and his son Bimby the day after they clinched the title.

“I’m glad that Bimby and Mic are now so at ease with each other,” he said. “During our dinner, Bimby asked me why Mic wanted to become dark.  I told him that fair-skinned people usually want to be tan and dark people want to be fair. Then he said: ‘I’m white, but I don’t like to get dark.’”

The PBA star can’t be happier. All is well in his world, on- and off-court.

His heart is dribbling with joy! Kudos, Migo! Success could not have found a more deserving cager. James has come a long, hard way. It’s good to know that he never loses sight of where he came from even if he is already miles away from his humble beginnings. Tuod na ya! 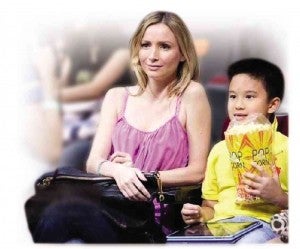 Chito Miranda and his fiancée Neri Naig did not let their sex video scandal (which went viral last year) destroy them as a couple. Instead, the controversy made their bond stronger. The cool couple made another video. This time around, it’s meant for public viewing. Charisse Tinio of Nice Print Photo, who was a witness to Chito’s video conceptualization since Day One, shares the story behind the proposal.

“Chito and I started planning for the proposal about three months before the actual day.

“One thing is for sure, he wanted it to be special for Neri. So he thought of staging a music video shoot where Neri would be part of the cast. He asked a friend to call Neri to pretend to be a band member in need of an actor for the shoot.

“So after many meetings, calls, Viber messages (we had to hide when we texted each other because Neri might find out), we were able to stage it perfectly.

“I realized that Chito is a very passionate man and a perfectionist at that. He would explain to me over and over the sequence and we even had a run-through in the venue the day before the actual proposal. That’s how perfect he wanted it to be for Neri.

“I helped Chito find the perfect engagement ring. He showed me a cushion type ring and I helped him find the perfect supplier. Even with the ring, he wanted it exactly how he knew Neri would like it. So sweet. Neri was clueless the whole time. She really thought it was for work and she wept buckets when Chito proposed to her. 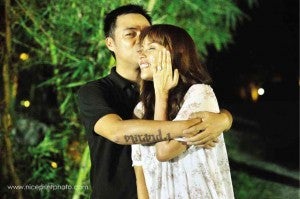 CHITO, a perfectionist, got a ring that he knew Neri would love. NICE PRINT PHOTO

“The fireworks display was so beautiful. It was truly the perfect proposal.”

The fun-loving Debbie and Chloe, who appear in PLDT Home TVolution’s latest commercial, could well be movie stars but they would rather be known as the “Totes Amaze Girls.”

The catchy expression is short for “totally amazing,” which best describes the wonder gadget, TVolution. It turns your ordinary TV into an Internet TV with limitless viewing possibilities. It also gives you access to exclusive content such as Clickplay, which lets you stream from a selection of over 200 blockbuster movies on-demand (visit pldthome.com). TeleVific!!

Empire Salon (at the InterContinental Manila in Makati), the hip beauty haven  that has been generating buzz in the alta circle, recently launched its summer hairstyle collection via an exclusive mini-show at Prive.

Dubbed “Pastellic,” it featured a playful blend of candy and gem hues. The highlight was the unveiling of an editorial headpiece which the whole team worked on.

The collaboration is a testament to their creative vision and hard work as they are fast becoming a game-changer in the industry.