Nora Aunor vs Vilma Santos again for the critics 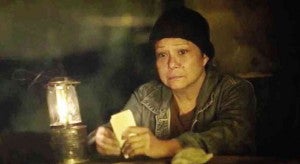 Longtime rivals Nora Aunor and Vilma Santos are once again being pitted against each other in the battle for Best Actress at the 37th Gawad Urian in June.

Aunor earned a nomination for her performance “Ang Kwento ni Mabuti,” a Mes de Guzman drama; Santos, for her work in the Jeffrey Jeturian satire, “Ekstra.”

“Even other artists are worried when they are nominated alongside Nora and Vilma. They feel like they don’t stand a chance,” said Mario Hernando, a member of the Manunuri ng Pelikulang Pilipino, which organizes the annual event. “But everyone has equal chances. Other actresses who may have turned out more complicated performances, could bring home the award.”

Aunor won her seventh Urian Best Actress trophy last year for Brillante Ma. Mendoza’s “Thy Womb.” Santos, who is the incumbent governor of Batangas, won her last for Chito Roño’s “Dekada ’70” in 2002.

“There were many good materials for our actresses in 2013. It was a good year,” said Manunuri president Grace Javier Alfonso during the Urian media launch on Tuesday at ABS-CBN Compound in Quezon City.

Competition is tight all around, said Ronald Arquelles, channel head of Cinema One, which has been producing the awards show for four years now. Diaz’s “Norte” and Lao’s “Dukit” 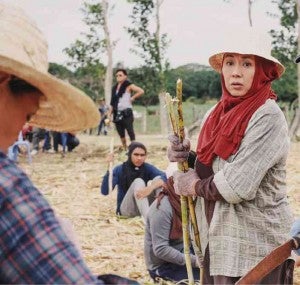 both have 10 nominations, Arguelles pointed out.

“The Manunuri has 10 members. This means a film or an actor needs only six votes to win,” explained founding member and National Artist for Literature Bienvenido Lumbera.

“However, there are times when we reconsider our choices, especially when another member is able to defend his or her choice well,” added Hernando.

Filmmaker and cinematographer Mike de Leon is this year’s recipient of the Natatanging Gawad Urian.

The Gawad Urian will be held June 17 at ABS-CBN studios. It will be hosted by Piolo Pascual and Bianca Gonzalez, along with Manunuri member Butch Francisco. It will be aired on the same night, at 10 p.m., on Cinema One.

Read Next
Other side of the celebrity interview
EDITORS' PICK
Proposed Maharlika Fund would no longer include SSS, GSIS fund — Quimbo | #INQToday
The Best Tech Gifts For The 2022 Holidays
Shop smarter with vivo’s big 12.12 holiday deals
House energy committee chair Arroyo bats for cheap electricity
Philippine unemployment rate eased to 4.5% in Oct
Inflation, now 8%, deepens insufficiency of current wages
MOST READ
Can rocket materials be used to stop volcanic eruptions? Solon asks DOST chief
CA confirms appointments of 3 Cabinet officials
Ateneo knocks out Adamson to set up UAAP Finals rematch vs UP
Even without SSS, GSIS funds in Maharlika Fund, public must be vigilant — Castro
Don't miss out on the latest news and information.